Aquarius is the eleventh zodiac sign that is ruled by the planet Uranus. Blessed with intellectual capabilities, Aquarians are visionaries with zeal and courage, who bring about change for the greater good of mankind. However, due to their innate curiosity and myriad interests, these individuals are often misunderstood. To know more about the baffling yet intriguing Aquarian characteristics, read on... 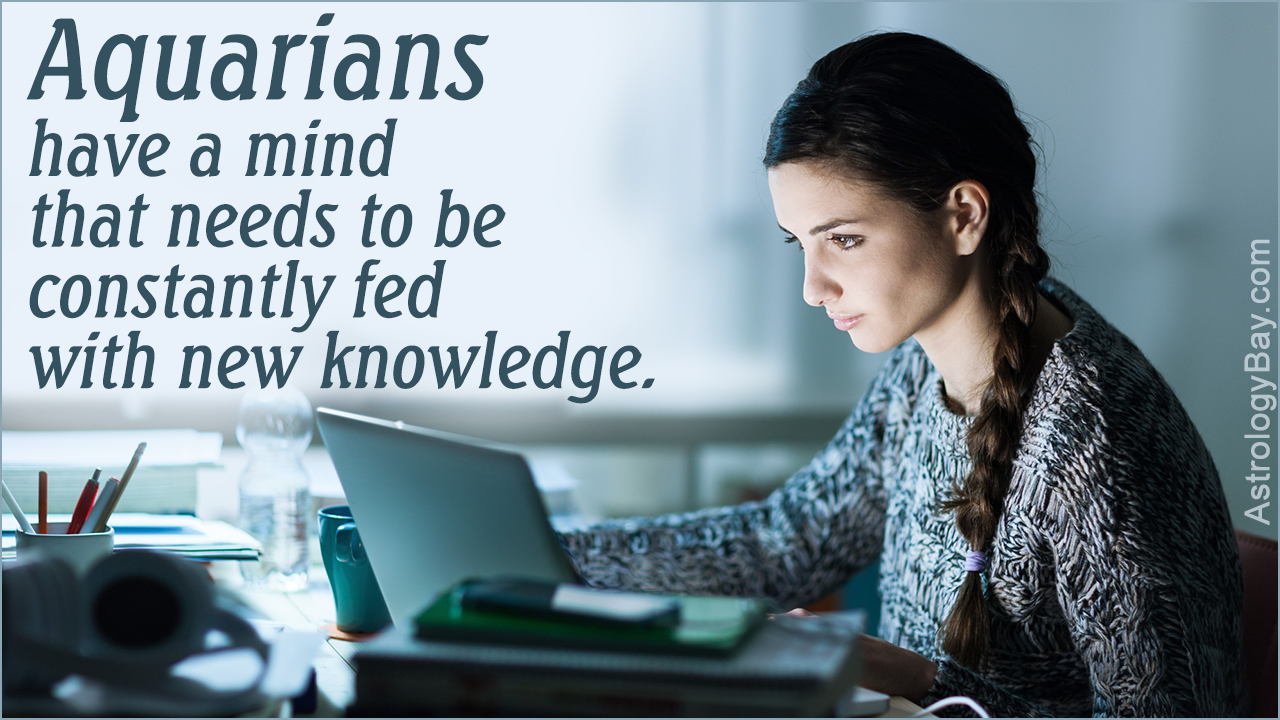 Aquarius is the eleventh zodiac sign that is ruled by the planet Uranus. Blessed with intellectual capabilities, Aquarians are visionaries with zeal and courage, who bring about change for the greater good of mankind. However, due to their innate curiosity and myriad interests, these individuals are often misunderstood. To know more about the baffling yet intriguing Aquarian characteristics, read on… 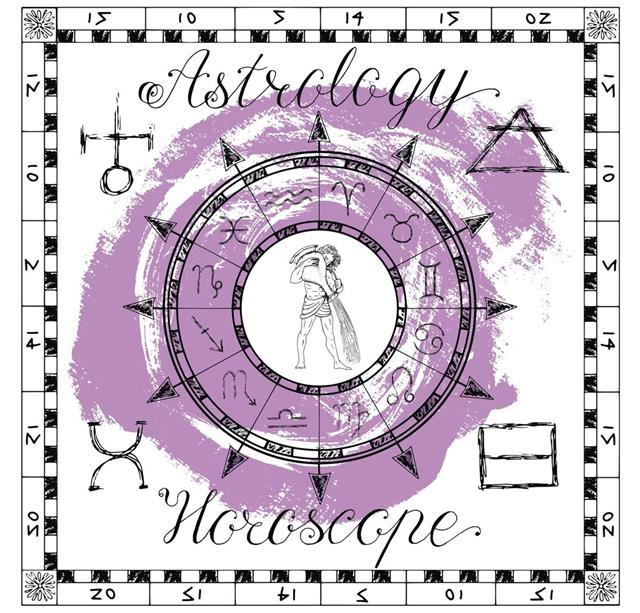 Do you often feel restive under the deep, penetrating eyes of your friend while you talk to him? Do you feel that behind those intent looks, you are being probed for the deepest secrets and the finest nuances of your character? If yes, then just check if your friend was born anytime between January 21 and February 19.

There is a very strong possibility that you have met a typical Aquarian. What you are witnessing is the quintessential Aquarian curiosity, which has got nothing to do with digging up your past. All that is there in front of you, is the innocent urge to know everything around him.

In astrology, Aquarius is often referred to as the sign of genius. Boredom is the biggest malady of people born under this sun sign. An Aquarian has a very fertile mind that needs to be constantly fed with new knowledge, be it about people or machines. A large number of Aquarians are seen toprosper in the field of technology. They are good in computers and machines, and are often found to have an eclectic collection of gadgets.Artistic inclination is one of the predominant Aquarius characteristics. They specially excel in drama. In fact, 70% of individuals in the Hall of Fame either belong to this sun sign or have a strong Aquarian ascendant.

A Rebel and a Reformist

Almost every Aquarian comes by as a soft-spoken and courteous individual. However, don’t be fooled by this tranquil exterior. Aquarians are essentially rebels and non-conformists. For an Aquarian, there is always a scope for change. He is a born thinker, who can visualize the future with amazing clarity. In the world of astrology, this is a common refrain – ‘Aquarians see today what the world sees 50 years later‘.

The universal water bearer that represents this sun sign, is a person for the masses. He stands for revolution for the greater benefit of mankind. From his jug, the water bearer pours out water, like ideas that come out of an unrestrained mind, that can see tomorrow and beyond, while the rest of us are still struggling with the travails of today. Aquarians are idealists, however, without blind faith. They are people with original ideas and strong convictions. One of the negative Aquarius characteristics is theirstubbornness.

Aquarius is ruled by the planet Uranus, which symbolizes unpredictability. Just as you might think that it is the crowd in which your Aquarian friend finds solace, you might see him go into morose spells of loneliness, during which he meditates and contemplates over the newly acquired knowledge. Meditation is one of the typical characteristics of an Aquarian. It helps him retain his sharp sense of perception.

It is their ability and need to interact with people that helps them develop a keen understanding of the plight of the ostracized and the elite alike. This gives individuals of this air sign strong humanitarian leanings.
As they go about mingling with the masses with enviable ease, and soaking up all information that comes by with their keen senses, theirdesire to improve the plight of the downtrodden becomes stronger.

Often seen as tactless and rebellious, it is here that their love for freedomcomes in great use. In their quest to question authority and set norms, we see the Aquarians’ unparalleled zeal and courage to stand against injustice and fight the cause of the underdog.

The Aquarian love for debate is legendary. Despite the stubborn streak, an Aquarian is more open to listening and thinking than any other sun sign. Exchange of ideas is the much required mental workout that an Aquarian desperately needs.

Be it an Aquarian male or a female, it is the intellect more than exterior appearance or physical fitness that excites this individual. It is no wonder then, that although an Aquarian would pounce on any chance for discussion and arguments, he would promptly shy away when called for physical activity.

It is this dislike for physical activity that often makes this air sign prone to health problems. They are more susceptible to circulatory diseases and tend to develop problems related to legs, shins and ankles. They need to sleep, rest and exercise for good health. However, they compromise on all these to find succor to feed their active mind.

Although he might be deeply engrossed in some argument, he would surprisingly still be aware of all that is happening behind his back. And just when you thought he was not listening to you, he would startle you by repeating what you said word for word. Despite their contradictory nature, their friendly, empathetic and progressive nature provides stability to those around them.

Aquarius men are generally very honest, optimistic, enthusiastic, very social, imaginative, independent, witty, innovative and fun to be with. On the negative side, they can also be very inquisitive, biased, rebellious, impractical and unpredictable. They get very analytical about everything. It is again his hunger for knowledge that makes an Aquarian interact with people.

In relationships, Aquarian man lacks commitment. He would be interested in you, but as soon as he has quenched his curiosity, he might move on. He is like the winter gale that is hard to be fettered. He has to move on, as there are greater mysteries for him to unravel. But if you touch his heart, he can prove to be very loyal to you. You would never get bored around him, because he will always keep you lively with his wit and enthusiasm. He is not the type who would buy you diamonds, but he could leave you surprised with the most unexpected things.

In a break up, an Aquarian would get over the melancholy by shedding a few silent tears by himself. Aquarians tend to run away from marriage. They could come up with a zillion excuses to stall their marriage. It’s not that they would never marry, they do. But normally at a later stage in their lives. However firm a decision he takes, it can always change later. A typical Aquarian can be very absentminded.

An Aquarian woman, with all the other Aquarius qualities, is very truthful and loves her freedom. She is imaginative and loves to live in a fairytale. A lot of things that would be a big deal for you and me, would not seem to bother her at all. She has a very unique perception.

In relationships, she is not a very money-minded girl, neither is she a gold digger. She would not be bothered with your riches, but would want you to be recognized for your intellect. She doesn’t fall in love or trust another person very easily. She may be of the view that settling down may jeopardize her freedom, and keep her from pursuing her weird fancies. She would not settle for a man who cannot be true to himself. For her, accepting his out-of-the-world morals would be far easier than watching him compromise them.

Depending on the natal chart analysis, some Aquarian women can be pretty wild and surprisingly different. They can be very intuitive and sensitive by nature. Infidelity can completely break an Aquarian woman down. She is not very suspicious and she will not doubt you without reason. Because of her loyalty, you would rarely catch her in an extra-marital affair. If she dislikes you or if you hurt her for any reason, she will behave very cold towards you. At times, she would not mind being a loner. She can be a rebel and does not like to follow rules, but can be very sensible about her decisions.

An Aquarian child can be very timid, docile, peaceful and kind on the outward side of his nature. But, he can be very sudden and unpredictable, creating fear in the minds of people he doesn’t really know. Aquarian children can be very loving and cuddly. They are very entertaining in a crowd, but find it very difficult to connect with people. They get bored easily and love day-dreaming.

“Lots of people like rainbows. Children make wishes on them, artists paint them, dreamers chase them, but the Aquarian is ahead of everybody. He lives on one. What’s more, he’s taken it apart and examined it, piece by piece, color by color, and he still believes in it. It isn’t easy to believe in something after you know what it’s really like, but the Aquarian is essentially a realist, even though his address is tomorrow, with a wild-blue-yonder zip code.” 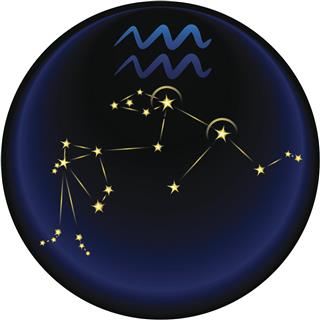 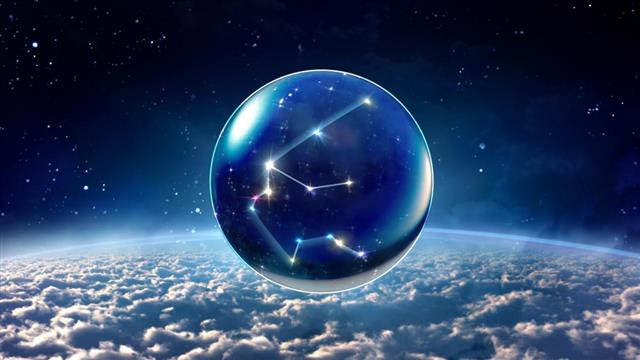