Relationship Compatibility Between an Aries Man and a Cancer Woman

The Aries man is aggressive, impatient, fiery, and self-seeking, whereas the Cancer woman is just his opposite, the kind who would give Pisces a competition when it comes to her selfless and sensitive demeanor. Would the two of them make a great union? AstrologyBay will tell you all there is to an Aries man and Cancer woman relationship compatibility.

The Aries man is aggressive, impatient, fiery, and self-seeking, whereas the Cancer woman is just his opposite, the kind who would give Pisces a competition when it comes to her selfless and sensitive demeanor. Would the two of them make a great union? AstrologyBay will tell you all there is to an Aries man and Cancer woman relationship compatibility.

Fiery Mars + Gentle Moon = Aries-Cancer Duo
Aries man (♈) is ruled by the planet of war, Mars, associated with fierceness, whereas the Cancer woman (♋) is ruled by the gentle Moon, associated with emotions, nourishment, and instincts. If both of them manage to strike a balance and not get on to each other’s nerves with their strong cardinal traits, these two can bring out the best in each other.

The Aries man is the true alpha male, governed with the manliness, fierceness, aggression, and dominance that you could expect in a man. Ruled by the planet Mars and blessed with the cardinal qualities of initiating new ventures in life, this man will stop at nothing to show to the world his metal. He belongs to the first of the twelve zodiac signs, so naturally, the need to initiate, govern, and dominate comes to his persona instinctively. A true Aries man needs to live up to all these traits to feel alive―this is what makes him feel complete and existent in the true sense of the word. The Cancer woman, on the other hand, is the ultimate female, accentuating the feminine traits with her whole ‘damsel in distress’ persona. She is sensitive, caring, nurturing, and gentle in her ways. She is someone any man would love to take care of, keeping this she-crab safe from the uneven currents that disturb the waves around her.

This union is quite a dicey one indeed, you never know which course it would take and what would be its fate. Whether it would collide with the rocky shores, or reach a picturesque island of happiness is difficult to determine. Both these individuals are just so different from each other, and yes, while initially these opposites will get attracted to each other like crazy, assuming to have found their true soulmate in each other, it is only with time that they will realize that the journey of togetherness is not going to be as smooth as they thought it to be. The following section elaborates on this union furthermore.

These two will probably start out as friends, and most likely, it would be the Aries man who would ask her out first. She being the sensitive and careful one as she is, would most likely be slow to respond, but he being the stubborn ram he is, will eventually win over her heart with some period of chasing and pursuing. As we had mentioned earlier, the attraction will be instantaneous, like the damsel in distress has found her knight who has fought the world to come to her rescue. But after the rescue comes the time where the damsel unveils the knight from the inside, and this is where the bumpy road begins. We don’t say that theirs is a match made in heaven, but given the complementing traits that they possess, they can sure be a couple who will shine after undergoing many phases of refinement and polishing.

Their Compatibility as Friends

Their chemistry is quite amazing right from the point where they first notice each other. Even when the word ‘date’ isn’t even in their mind, they start off quite well as friends. Why? Well, as different as these two may be, truth is that both of them have quite a lot of commonalities when it comes to their goals in life. For instance, both of them are inclined towards living a luxurious life. While the Cancer female would want that for a secured future, the Aries man would want it for providing the best to his loved ones, and perhaps, to even show off.

The common goals (although inspired by different reasons) make them a great team. Each has what the other lacks. For instance, the Aries man has the energy, zest, and aggressiveness to work towards his goals, but lacks the intuition, analysis, and patience of the Cancer zodiac that is very much needed for a successful endeavor. Likewise, the Cancer woman may feel too intimidated by the outside world, and may lack the energy and go-getting attitude that is needed to get things done. So, both of them tend to complement each other by exposing a little bit of themselves. Therefore, these two can make a great team, be it in friendship or in business partnerships.

Their Union While Dating

With a magnet-like attraction and such great friendship, it is natural for these two to take the relationship to the next level. In fact, in most of the cases, both of them pass the friendship phase and directly jump into the whole dating game. This is because of the Aries man who will not stop till he gets what he wants, which in this case is the Cancer woman. While she prefers taking things slow, his energy and full-of-life attitude compels her to get swayed by his charm.

The honeymoon phase, as they call it, is exceptional, too good to be true, such that both of them, especially the Cancer woman, would constantly ‘touch wood’ to not jinx this perfect life they have. He will encourage her to come out of her shell, being the strong protective figure around whom she will not feel all vulnerable and threatened by the harsh world outside. He will allow her to let go of her worries, dive in the wave of fun, and just enjoy the moment. She too, with her gentle ways, will give him the undivided attention and loyalty that he wants in his woman. However, as they spend more time together and get to know each other’s true nature, it will pave way for more and more disagreements, arguments, and the need for space. The Aries man is a highly independent man and the Cancer woman’s possessiveness and needy nature may make him feel smothered. On the other hand, the Aries man can be insensitive towards her feelings and utter some harsh and blunt remarks, which would force her to go back into her shell, thereby arising a question in both their minds about their togetherness.

The difference in their zodiac traits is easily visible in the bedroom as well. While the Cancer woman views making love as something that connects two beings at a deeper level, which is more spiritual or emotional than physical, to the Aries man it is all about getting the physical pleasure out of the whole act. His aggression and dominant nature is something that isn’t resisted by our she-crab, but she wishes it to be more gentle and emotionally connecting.

Another problem that arises in their sexual compatibility is the need to take control. None of them is the kind to surrender, at least not all the time. If both of them give each other the chance to take over once in a while, their union would be absolutely satisfying and cherished; perhaps, a strong reason why the two of them would want to stick to each other and make it work despite all odds.

Their marriage can be absolutely blissful, conditions applied. To begin with, if the two of them have seen each other’s best and worst, and then decided to be with each other because ‘love conquers all odds’, then they will sail through their differences towards the picturesque island of their dreams. However, if the marriage was a hasty decision, instigated by the strong infatuation that brought these two together, then there are chances that they will have to go through some harsh bites of reality.

Let’s just give you some instances where things may get shady. Example one: While she may get swayed with the way he spoiled her with expensive gifts and outings after marriage, his spendthrift nature may begin to bother her, as she is the one who believes in saving for the bad days, and he spends for living each day. Example two: While he perceived her to be a damsel in distress, with all the vulnerable, innocent, and gentle aura she had back then, in time he will realize that she isn’t as weak and dependent as she portrayed herself to be. She is a big girl who knows how to take care of herself, and this might give him an impression of her being a superb liar, actress, manipulator, and the like. He is also highly temperamental and doesn’t consider anything when he bursts out in anger. His harsh comments and highly blunt statements may hurt the sensitive crab to great extents. She, being the loyal mate she is, will either learn to live with what there is, or, they both will decide to end it.

As we had hinted before, with understanding, acceptance, and adjustments, they have the potential to be absolutely great for each other. They both invariably share a deep connection within, and most likely, even after parting ways, they are in touch with each other, constantly ensuring if the other is okay. In fact, these two are one among those couples who reunite often after many breakups. We suggest them to be a little more tolerant towards each other to reach a happily ever after, rather than going away and getting back. All the best. 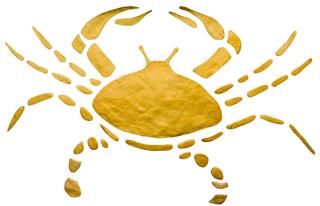 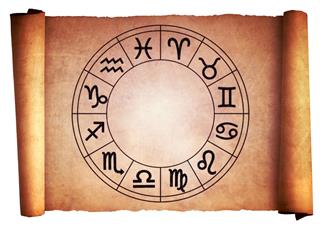 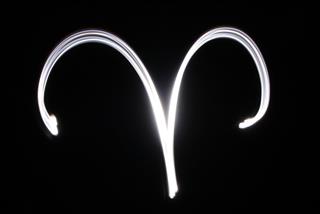