Everything You Need to Know About the Japanese Zodiac Signs

Japanese zodiac signs are part of an elaborate system. The astronomy and cosmology based system also incorporates divination for measuring time. It is used to predict future events as well as determine a person's character. 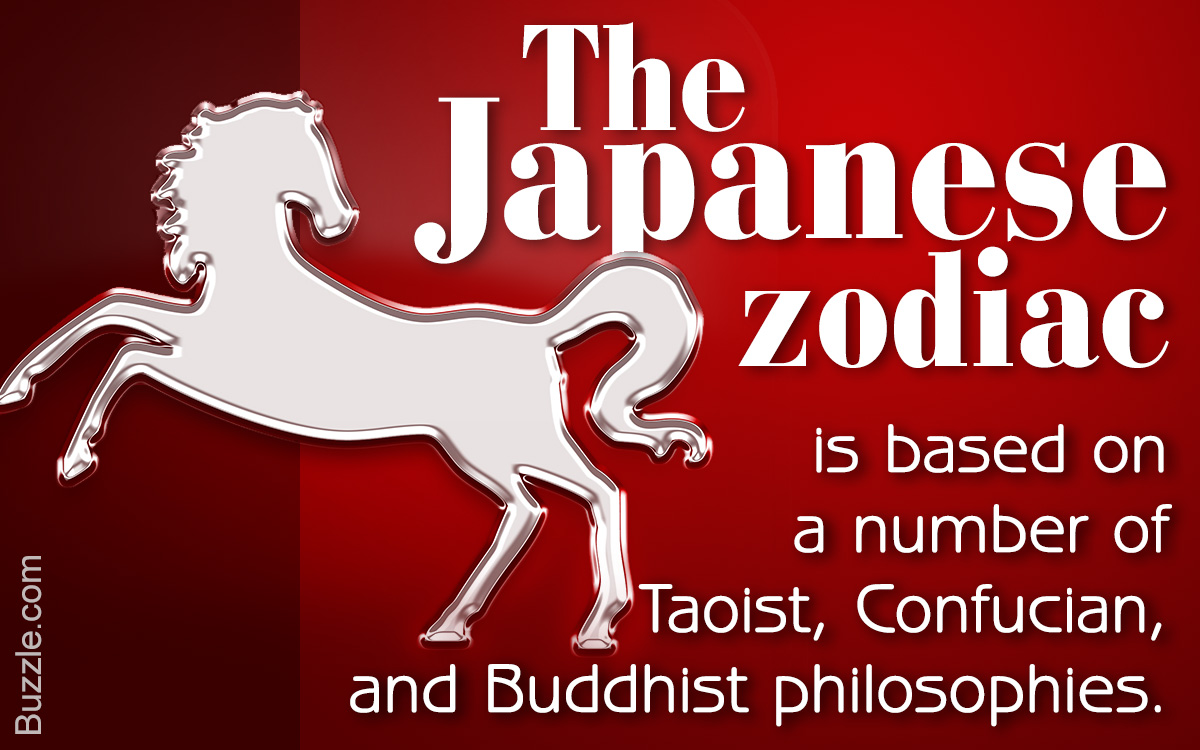 Japanese zodiac signs are part of an elaborate system. The astronomy and cosmology based system also incorporates divination for measuring time. It is used to predict future events as well as determine a person’s character. 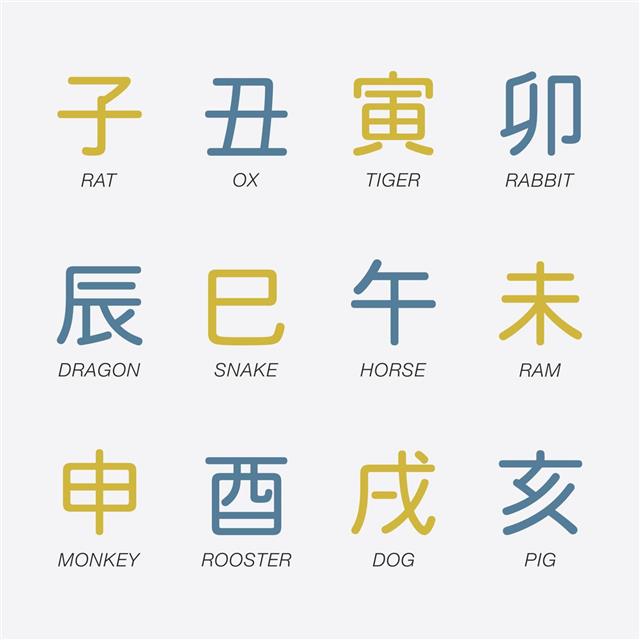 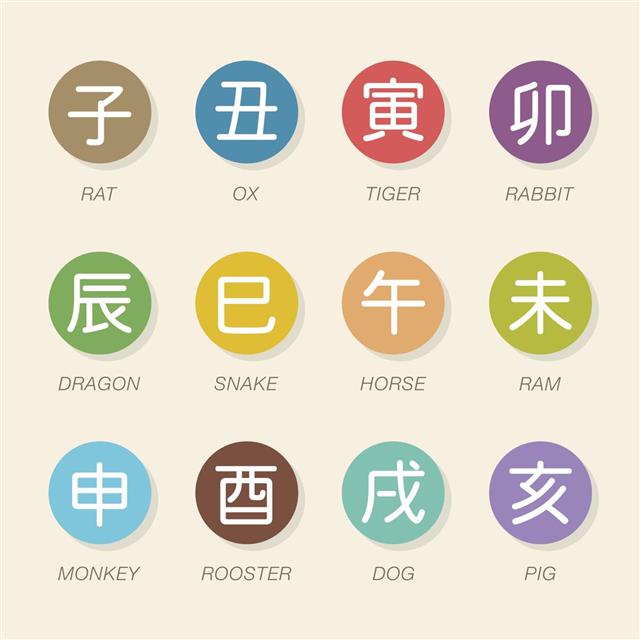 The Land of the Rising Sun, Japan, is a country full of unique and timeless appeal. It has not only given the world a lesson in resilience, but has also given us a zodiac that is popular beyond boundaries. The Japanese zodiac is a product of the old-world Asia. Modern historians and the Japanese people believe that the origin of the zodiac in Japan dates back to the arrival of Buddhism. In time, the system not only took on a more elaborate form, but also gained acceptance in both, the Orient and the Occident.

Influenced by the development of Buddhist traditions in and around the region, the zodiac animals were officially adopted and put to extensive application around 604 AD. The Eto, Kanshi or Japanese zodiac calendar is an integral part of Japanese culture and is based on the interpretations derived from the 12 animals of the zodiac. The animals referred to are also called Juuni Shi and are commonly associated with patron deities. The imprints are available on protective ornaments or carvings that are worn or kept near the person.

The Japanese zodiac is based on a number of Taoist, Confucian and Buddhist philosophies. The expounded system dates back to the era between the 6th and 8th centuries. There are ten stems which are cyclic numeric in nature and each corresponds to a day of the ten-day week. These are read or interpreted alongside the 12 zodiac animals or branches to culminate in two-symbol units, sixty in all. Each of the derived units represents a year in the 60-year, sexagenary cycle.

In Japan the cycle or Jikkan Junishi was revised in 1984. Today, the alternate readings are derived via a combination of the five elements and yin and yang dualism. The Japanese zodiac readings consider:

Uma or The Horse

This sign relates to people born in 1906 and twelve year periods thereafter. Horse sign individuals are skilled in paying compliments or praising others yet, most of the time, people of this sign talk too much. People of this sign are successful in what they set out to do and are wise in there overall decisions in life. Due to their nature these people can get angry very easily even over trivial matters. Horse people are known to be very impatient and want things to happen instantly if they really desire for something completely disregarding the thoughts of others.

The sign of the sheep includes all those born in the year 1907 and the twelve year periods thereafter. They are credited with being elegant, accomplished in fine arts and deeply religious. Sheep sign people are quiet in nature and focused individuals execute who accomplish their ambitions well. They are known to be nature and environment lovers.

Saru or The Monkey

The monkey sign relates to people born in 1908 and the twelve year periods hence. Monkey sign people are highly skilled individuals who are usually involved in large-scale or grand business. They can also be known as the erratic geniuses which sets them apart from the rest. They like to maintain a sense of originality in the things they do and have no problems solving difficult problems due to their clever nature.

Tori or The Rooster

The Tori sign applies to people born in 1909 and twelve year periods thereafter. These focused individuals take pride in their day-to-day work and like to keep themselves busy. Roosters people always want to achieve higher ambitions and may partake in a project that is above there abilities. They usually get very upset at not being able to complete what they set forth to achieve. Roosters are also known to speak their mind, regardless of what it may be.

Inu or The Dog

This sign relates to people born in 1910 and the twelve year periods thereafter. Dog sign individuals have a high level of loyalty towards others and can inspire a strong sense of confidence. They can maintain secrets well and are humble, easy-going individuals.

The Inoshishi sign relates to people born in 1911 and the twelve year periods thereafter, like 1923, 1935 and so on. Boar people have an enormous inner spirit and are strong and brave individuals, who display a great sense of honesty. They are short tempered and dislike fights and arguments. Boar sign people show a great deal of affection and can be very caring and humble.

Nezumi or The Rat

The sign relates to people born in 1912 and twelve year periods thereafter, like 1924, 1936 and so on. Rat people are very ambitious and can push themselves to the limit in order to pursue their dreams and goals. They are ready to meet challenges head-on are known to be hard workers. Rat people are known to get angry easily but are able to control and disguise it pretty well.

Ushi or The Ox

Those born in 1913 and twelve year periods thereafter, like 1925, 1937, and so on, come under the sign of Ushi. Ox individuals are known to be great speakers and always remain mentally alert. They have a way of speaking in a positive tone and tend to inspire others this leads to much success in their lives.

Tora or The Tiger

The sign of the Tora applies to people born in twelve year periods since 1914, like 1926, 1938, and so on. Tiger sign people are known to be stubborn individuals and can get angry if things don’t go their way. They can sometimes be regarded as selfish and can appear to be cold and mean, yet are very close to the ones they love and cherish. They are also known to be extremely courageous and will think deeply before committing to anything.

Usagi or The Rabbit

People born in 1915 and twelve year periods thereafter are considered under the Usagi sign. Rabbit sign individuals are known to carry a good deal of luck with them have a high level of talent in whichever field they enter. They are known to indulge in the finer things of life and may appear somewhat reserved in nature. Rabbit people are trustworthy and this makes them highly admired individuals.

Tatsu or The Dragon

The sign relates to people born in 1916 and twelve year periods thereafter. Dragon sign individuals are easily excitable and at times tend to lose their temper pretty easily. They are also known to be very sensitive and can get hurt easily. Dragons can be very stubborn and follow a good deal of self discipline too. The Dragon sign is considered to be the most peculiar of the 12 zodiac signs.

Hebi or The Snake

Those born in the year of the snake are basically born in 1917 and twelve year periods thereafter, like 1929, 1941 and so on. Snake people are deep thinkers and determined individuals who pursue their dreams and ambitions to the highest limits. They don’t speak much, keeping their ideas and thoughts to themselves and hate to fail in there dreams and desires in life. Individuals with the snake zodiac possess tremendous mental strength and are able to obtain their financial rewards in life through continued persistence.

In Japan, instead of asking how old you are, a Japanese is likely to ask your zodiac sign thereby guessing your age. The Japanese believe that zodiac signs can influence all sorts of things and even individuals. It is a widely-held belief that people who are born in the same animal year share similar personality and character. This gives you an indication about the importance of Zodiac symbols in the culture of Japan, which are even considered important in today’s times.