Do a Pisces Man and an Aries Woman Score High on Compatibility?

A Pisces man with an Aries woman? The combination is that of fire and water. Fire can turn water into steam so that it can rise up in the air. But it can also make it vanish. Water too, can mellow down the fire, or extinguish it completely. Keeping this in mind, what do you think would be the fate of this union? AstrologyBay elaborates on the Pisces man and Aries woman compatibility.

Home / Uncategorized / Do a Pisces Man and an Aries Woman Score High on Compatibility?

A Pisces man with an Aries woman? The combination is that of fire and water. Fire can turn water into steam so that it can rise up in the air. But it can also make it vanish. Water too, can mellow down the fire, or extinguish it completely. Keeping this in mind, what do you think would be the fate of this union? AstrologyBay elaborates on the Pisces man and Aries woman compatibility. 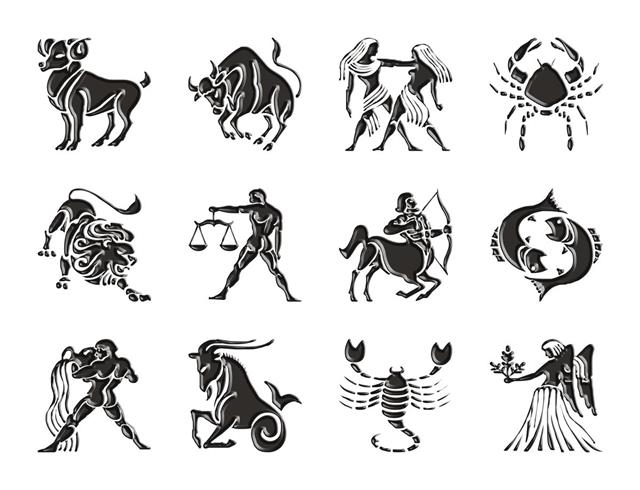 In This Case, Nothing is What it Seems Like!

The union wouldn’t seem as promising from the surface level as these two have nothing in common. However, in truth, they have the potential to connect with each other at much deeper levels, together taking their relationship to the pinnacle of happiness and satisfaction.

Yes, they both are complete opposites of each other, from each and every angle. The Pisces man belongs to the water element while the Aries woman is the bearer of a fire sign. He is blessed with mutable qualities while she is the possessor of cardinal qualities. He is a mature soul who prefers peace and smoothness in his life, while she is quite immature in her ways and is full of aggressive energies, ready to accept any challenge at any time. Even when you evaluate their zodiac symbols, a fish paired with a ram doesn’t seem like a promising combination, does it?

These differences are exactly what make them so (almost) perfect for each other. Not that the journey is going to be a smooth one, it will invariably have its own share of differences, frustrations, doubts, and questions, but if these two have truly, madly, deeply accepted each other as their soulmate, they will do all that they can to make it work. And yes, the efforts to do so won’t be futile.

How Do They Attract Each Other?

Each possesses what the other lacks. Both of them view each other as a mystery. The Aries woman wonders how this guy could be so charming and calm. He is funny, intelligent, and yet his conversations reflect a sense of spiritual understanding and maturity, as if he has not lived, but immensely felt each and every moment of his life deeply; as if everything he comes across leaves an impression on his soul. And yes, that is quite the case. The Pisces man is beyond materialistic and egoistic boundaries of life. He can look into your insecurities, scanning through the outer mask you show to the world. The Aries woman sees him as someone who can help her see these spiritual and intellectual facets of life, which she can never see otherwise.

The Pisces man also adores the Aries woman for her highly competitive spirit and zest. Unlike our Pisces man who is quite laid-back, relaxed, and often thinks more and acts less, the Aries woman is the one whose actions are driven by impulsion. She isn’t a thinker. If she wants something, she instantly starts storming towards it, in the process, disregarding all the consequences that may arise, good or bad. He admires her liveliness and the ‘act-more-and-think-less’ approach, because he himself isn’t the sort to do so. When he meets her, it’s like he has come across a mystery woman who is nothing like he is, and it is this curiosity and the desire to see what he explores with her, that draws him to this really fiery female.

In one word: Steamy! As the attraction is almost instantaneous, both of them are intrigued by each other. The Pisces man handles her aggression and impatience with his soothing words, teaching her to relax and just enjoy the whole experience, while the Aries woman teaches him to become more competent and action-oriented in life. Initially, this change in viewing life works great for the both of them. Our fiery female learns how to mellow down a bit, while our dreamer male works towards turning his dreams into reality with her support and guidance. They complement each other in the true sense of the word.

Being a cardinal sign, the Aries woman demands total control in her relationship. She needs to be the one who initiates everything, and the Pisces man, being a mutable sign, doesn’t mind being the submissive one here. He bears the water element, which means, he will fit into any container he is poured into. If he sees his soulmate in her, he doesn’t mind following her lead, as long as it makes her happy, and their union, strong. Even when it comes to intimacy, the absolute romantic Pisces man makes the whole experience quite exciting for the Aries woman; invariably she takes control there too, and he complies to her desires. Her impulsive instinct and fiery spark makes their physical union satisfying for the both of them beyond their level of expectation.

The Potholes in Their Love Life?

We already said that it is not going to be a smooth road! While they will find a lot of reasons to stick together, their different approach to view life will eventually pave way for some not-so avoidable conflicts.

To begin with, the Aries woman has the tendency to lose her temper quite spontaneously, and the harsh actions and words can easily hurt our sensitive Pisces man, who is affected by her fiery explosion quite deeply. Her over-enthusiasm and aggression may also become too much for him to handle, at times. This is the reason why these two are unlikely to be quite compatible as friends, but if the initiation of the relationship has been from a romantic point of view, then they will go down the extra mile to understand each other’s needs to make things work.

The Aries woman would also feel quite neglected during times when her dreamer lover will swim into the depths of the unrealistic thoughts and desires. While he is a sincere and loyal lover, he often needs some time to be lost in his own world of illusion and fantasies. He is ruled by the planet Neptune that is associated with illusion; and Jupiter, associated with luck. She, on the other hand, is ruled by the fiery planet Mars associated with passion and aggression. The tendency of her lover to wander off in non-reality will instigate some form of frustration and anger in her, which he would not appreciate. They will be able to overcome this rough phase if the Pisces man is not neglecting his career and her companionship in the process. Both will have to accept each other’s individuality and let each other be themselves when they need to be.

It’s all thumbs up from our end, provided these two have reasons to be with each other, perhaps, they have shared some of the best moments of their lives in each other’s company. When they have seen and accepted each other with all the goods and bads, their strong determination to keep this relationship intact will negate all the possible differences they encounter. We would want to credit the qualities of the Pisces man here, as he is blessed with a high degree of compassion and understanding, always taking the course as per the situation’s demand. He can also be the silent controller in the relationship, where the world may feel that she is the one who holds the steering, but it is he who softly controls her movements. We don’t say it’s bad as long as it takes them to a blissful state of togetherness, which it most likely will.