Home / Tarot / Why You Should Just Pick a Random Tarot Card

When it comes to Tarot readings and cards, it can be fairly easy to get overwhelmed. This is especially true if you’ve seen people doing some of the more complicated spreads like the Celtic Cross. Kind of just makes you want to pick a random Tarot card, doesn’t it?

Lucky for you, choosing a random Tarot card is actually one of the best ways to do a quick reading. This article will explain how and why it’s a good idea to pick just one random card.

The One Card Spread is one of the most common and popular ways to read Tarot. It’s a great choice for beginners and remains an important tool even for experienced Tarot readings.

To do a One Card Tarot spread, you basically just need to pull a random card from the deck. There are a number of reasons that this can be useful.

Pretty much every Tarot reading involves the use of so-called ‘random’ cards. The deck is first shuffled and cards are chosen based on your intuition. This isn’t exactly ‘random,’ however. It ensures that there’s no pre-ordained order for the cards to be chosen.

The best thing about choosing a random Tarot card is that you can do it without even owning a deck. As long as you have an internet connection, there are plenty of websites that allow you to choose cards at random.

Many people find this to be useful. However, others may feel uncomfortable choosing a card online rather than doing so in person. Computers can certainly be responsive to intuition, but there’s something special about choosing the cards in person.

If you’re interested in learning about Tarot cards, one of the easiest ways to get started is to just pull a random Tarot card. Pulling a single card is a good way to hone in on specific energy, archetypal force, or meaning.

This is also a great way to learn the cards one at a time. People often find it’s easier to study individual cards rather than trying to memorize the meanings of the whole deck.

Random Tarot cards can also be pulled online. Simply sign into a Tarot generator website and ask it to generate a card. 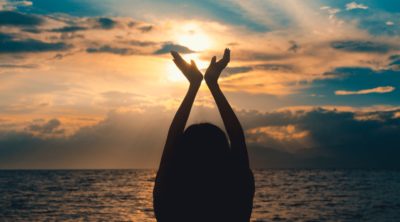