Unraveling the Personality Traits of an Aquarius

Their penchant for knowledge and truth may make them seem queer, but these are the characteristics that underline an Aquarius. They are innovative and strive for nothing but the truth. These are just a few of the personality traits of the Aquarius, there's much more to know and we are unraveling them for you.

Home / Uncategorized / Unraveling the Personality Traits of an Aquarius 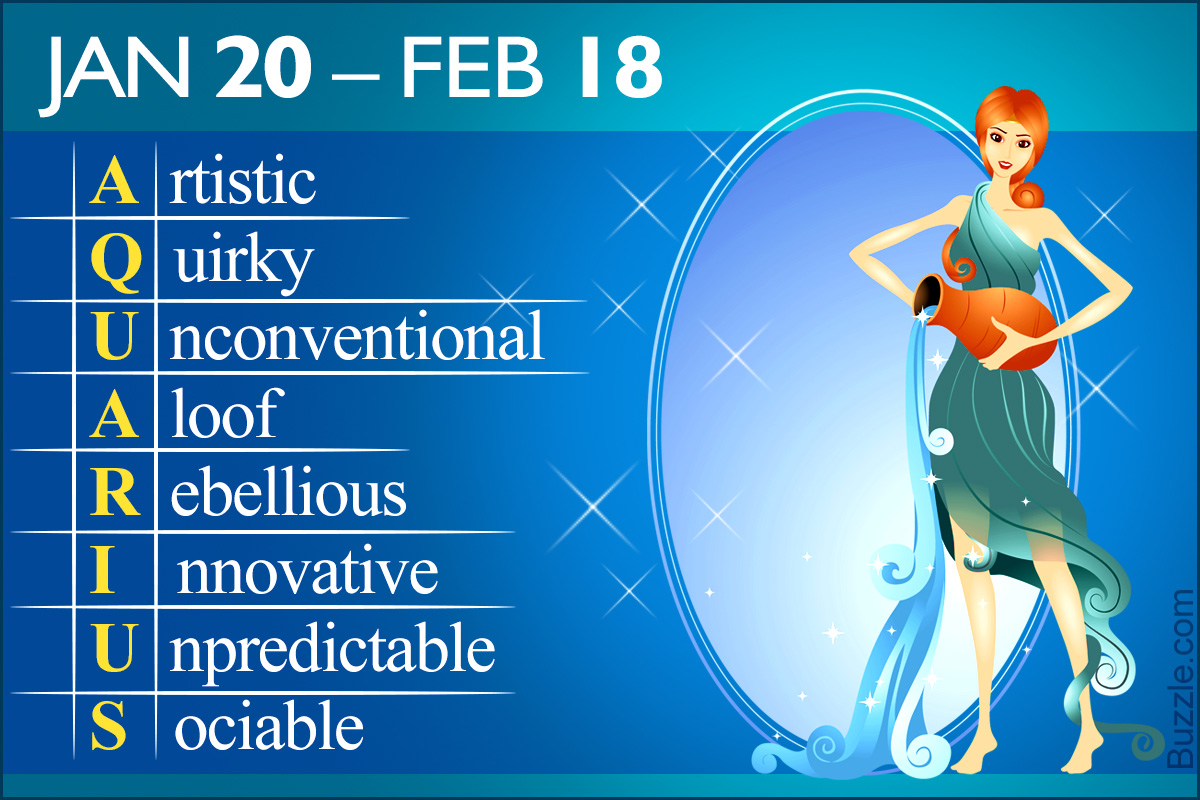 Their penchant for knowledge and truth may make them seem queer, but these are the characteristics that underline an Aquarius. They are innovative and strive for nothing but the truth. These are just a few of the personality traits of the Aquarius, there’s much more to know and we are unraveling them for you.

Who is a rebel? Well my friend, a rebel is someone who goes against the grain to achieve something. Now, does this befit the description of someone close to you? Of course, you know quite a lot of rebels in your life and the one who is a natural rebel is an Aquarian.

The water-bearers as they are so famously called, belong to the 11th house of the zodiac, pertaining to the house of Aquarius.

People born under this sign or during the period when the sun is traveling through the house, are Aquarians. Being born into the intellectual air sign, the Aquarians have a highly developed intellect themselves. They are always thinking of ways to let their ideas flow, which is pretty symbolic from their sign of flowing water.

In short, an Aquarian is by all means what we would call a true leader, they are rebellious and will stand for the truth and are credited to come up with ideas that are sure to work. Which means, we should spend more time analyzing the visionary who is an Aquarian.

≈ Concentrates on multitasking, hence is always distracted.
≈ Loves the unusual and the unexpected.
≈ Is sociable and has many friends.
≈ Hates being confronted for justifications.
≈ Is brutally honest and has a penchant for truthfulness.
≈ Cannot be convinced or forced into something – Stubborn and won’t budge.
≈ Is a gentle and kind person.
≈ Is slow to react in a brash and arrogant manner.
≈ Is a rational thinker.
≈ Is a sensitive and sensible individual.
≈ Has a spiritual bent of mind.
≈ Makes a good friend.
≈ Treads on an unconventional path.
≈ Is an opportunist.
≈ Is inquisitive and has a penchant for details.
≈ Is an experimenter.
≈ Can easily convince you to do something he/she feels right.
≈ Is a rule breaker when it comes to customs and traditions.
≈ Is innovative and hence stands out in the crowd.

Good things begin small, and so is the case with the Aquarian. The Aquarian child is sensitive and stubborn, now what an odd combination! Well, the Aquarius sign makes its presence felt in the small child itself. Your child is sure to be intrigued with invention from the very start.

Don’t be surprised if your child strikes with a lighting round of questions. It’s just that their mind is always racing with thoughts to make a better tomorrow and for that they need a whole lot of answers. They are unpredictable and can turn your world topsy-turvy, but eventually you will get the hang of it and love your child for his/her queerness. Don’t be surprised if your Aquarian kid brings home a new friend on a daily basis that just his way, he’s a born humanitarian.

If you thought an Aquarian man will be found wearing his heart on his sleeve, you’d rather think again. Being an Aquarian, he is sure to stay away from physical display of his emotions. You’d think he is shy, which at times he is, but the fact remains that he can seldom show his true emotions to the person he loves. Remember, he considers everyone to be a friend and is just as sociable but when it comes to himself, he is sure to shy away from even talking about it.

You are sure to find the Aquarian, indulging in his favorite pastime of analyzing and reading people’s thoughts. If that scares you, we might just add, he is a man who believes in change and is forever looking for something new to do. He’s painfully truthful, which will make you hate him for that one moment but, that will be it.

He is also excruciatingly inquisitive and he won’t stop till he gets his answers right. Strangely enough, the Aquarain man once hitched will be loyal and dedicated to the person he loves. The Aquarian man is quick witted and intelligent but that doesn’t make him a good leader. Quite the contrary, an Aquarian who is fascinated by new things would prefer taking backstage, where they can find a quick escape to the exit.

She’s got style and a class of her own and HATES people who want to be like her. Sophistication, happens to be her middle name and if you are still guessing, here’s the clue, she HAS to be an Aquarian. Being born into an air sign, she is sure to be found swaying like a kite in the breeze. Freedom is what this girl seeks and she won’t stop till she has it.

She is intelligent herself, and seeks for the same in her partner. An honest word said to her will make her leap with joy, and don’t you even try fooling her with false compliments. You should be aware, her seeing eyes will penetrate right through your soul and know if, what you just said was genuine enough to be true. She is a social delight, and might I add, don’t be jealous of the many people who trust and confide in her. Rarely of the suspicious types, you’d find in her a trusting mate. But, that says a lot about her, doesn’t it?

She is a digger for things new, and like most Aquarians, has an undying passion for unconventional things in the market. She can be attached to something while being emotionally detached. You get the point I am making here, don’t you? This Aquarian girl can be one roller coaster ride, only in terms of understanding her confused mind. That apart, she is mighty intuitive and a girl filled with dreams, for a better tomorrow. Let’s just say, she is the pixie dust that fell on Earth and has magical properties.

Being an air sign, these water-bearers are sure shot people-oriented. They work towards the betterment of the society, breaking free from the clutches of old-school traditions and customs. Not to mention they are excellent communicators and visionaries, which makes them excellent people to be around with. They are slow to anger and being roused to jealousy and hence come across as being stable personalities who are always desired by one and all.