Relationship Compatibility Between an Aries Man and a Scorpio Woman

Though they are a union of a fire and water sign, the truth is that they both are fiery! Lack of understanding can make their union a nightmare, but if they manage to overcome their problems, they can reach the heights of love and romance. AstrologyBay gives you a peek into the Aries man and Scorpio woman relationship compatibility.

Though they are a union of a fire and water sign, the truth is that they both are fiery! Lack of understanding can make their union a nightmare, but if they manage to overcome their problems, they can reach the heights of love and romance. AstrologyBay gives you a peek into the Aries man and Scorpio woman relationship compatibility. 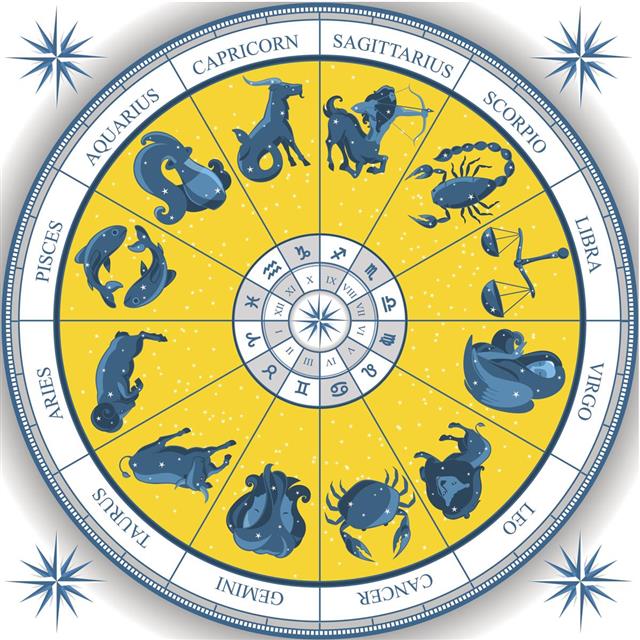 Is an Aries Man Compatible with a Scorpio Woman?

Yes and No! They both can live well with each other because a little drama keeps them interested in the relationship. However, they can very well make a “little drama” a huge scene, which can tear their relationship apart in the most royal way possible!

What do we say about these two? They are bound to get attracted to each other, and their nature will make them repel each other, as well. However, to say whether these two would fail or succeed in a relationship together is a matter of debate. The masculine energy, confidence, and crudeness of an Aries man is more than enough to fascinate the extremely feminine and sexy Scorpio woman. What attracts this guy to this seductress is her mysterious glance, which would scare the other men around, but not our Aries man. She, on the other hand, gets attracted to his openness and confidence. Like other men, this guy wouldn’t play games, but directly approach her with his masculine-dominating demeanor, and this is what our girl would appreciate.

Don’t get us wrong, a Scorpio woman would hate to be dominated, and she never will be, unless it is this Aries man, who has a sense of raw magnetism in him that this girl just cannot resist! A part of what brings them close (and away) would be the fact that they are ruled by the same planet―the fiery Mars―which gives them both the stubborn and quarrelsome nature that they have. However, on a positive note, they do share the qualities of being extremely passionate, romantic, and supportive towards each other, thus, paving way for a wondrous compatibility, but yes, it requires work!

In their case, love is definitely in the air instantly; however, they soon find themselves caught up in the midst of the fierce winds as a result of their stubborn, revengeful, and quarrelsome nature. Perhaps, they share the traits that can go against their initial attraction. See what works for and against them in their relationship, through the points mentioned in the following paragraphs.

What Works Against Them …

Well, many things actually! Unless, they are willing to adjust a little bit, change themselves, and their viewpoints a little―which is quite difficult a task for the both of them―the negatives can overpower the positives in this relationship. So, let’s focus on the negatives first; we shall bring in the good news later.

An Aries man is quite open. He will tell his mate everything about him, inside and out, and will expect the same from her. The Scorpio woman, on the other hand, takes pride in her secretive and mysterious nature. She likes how it baffles the others and gives her the kinda attention she needs. However, while the Aries guy may avoid this mysticism a bit initially, when the honeymoon period is over, this nature of his woman would create a lot of ripples between the two, resulting in harsh comments and fights ensuing from anger, which will be enough to hurt the sensitive Scorpio.

Oh, does she sting back or what! While the guy may forget the quarrel after taking his own time, she will take it to her grave! This is one woman no one would want to mess with, because when it comes to revenge, nobody can be as nasty as her. She will take the first opportunity to get back with a bang. Her tongue can act like a stinging whip, enough to hurt the Aries man’s ego and self-confidence.

This guy needs attention―loads and loads of it! He loves to be around people (including females) who admire him for obvious reasons. While this may mean nothing but a way to earn some compliments, the Scorpio woman may think otherwise. She is an extremely possessive and jealous female, and will not accept this situation positively. She has extreme emotional outrage. If she loves her man, she will bestow everything on him. Even to the extent of harming those who try to harm her man. On the other hand, her partner is comparatively relaxed and cannot see the storm approaching unless it hits him on the face. This could result in never-ending fights, arguments, and more, thus, causing them to drift from each other.

He is the masculine protector who likes to have the upper hand in everything; however, he is very much like an overgrown child who doesn’t understand the complexities of this world. On the other hand, the Scorpio woman has the gift of perception. She can smell the fishiness in a situation, and will warn her mate, but her warnings will go unheeded till he finally faces them. Yet, he will think that things happened all of a sudden, even if that was not the case. This could cause trust issues, ego clashes, and of course, a dent in their unity.

What Works For Them …

The irony is that their differences, if channelized in the right manner, may also work in their favor. While their temperament is pretty much the same, their approach towards life is a bit different, which may help their relationship reach the acme of love, romance, and passion.

Unlike other males, this guy loves to initiate things. Like the Scorpio, he will not hesitate a bit to take the onus of making things right, if it is worth it. On the other hand, the Scorpio woman loves to end things. This parallel nature of theirs can start an ongoing pattern of passionate makeups after a vehement fight. As we had mentioned earlier, both these zodiacs need a little dash of drama to keep things interesting between them, and the following point will tell you why.

Who doesn’t love a steamy intimate romance in lieu of a fierce fight? And there is no one who does it better than these two. Both are passionate lovers, willing to prove it to the other that they are the best lovers anyone can ever have, at least when it comes to making love. Perhaps, the drama is their way to reach this moment, where the two of them passionately get intimate, which only strengthens their bond and helps them understand each other, making them think on the lines of letting go the bad phases of their union.

When it comes to making love, both of them do not believe in a casual approach. It is more than physical intimacy; it is an act of strengthening their love and attraction towards each other. This is one part that definitely forces them to accept each other the way they are, and perhaps pave the way for a more understanding and smooth relationship.

She is a one-man woman, and if the Aries guy is sure of her, he can be assured that she will always be faithful to him. On the other hand, her man will take utmost care of her emotional, physical, material, and sexual needs, making her feel complete and secure. The one common (positive) trait that both of them share is ‘to give all or nothing’ in a relationship. If they are successful in realizing each other’s true worth, then all you will see in this relationship is love, romance, and passion.

As a final verdict, this is a risky relationship indeed! To get along with each other would mean to be willing to let go some major aspects of your personality, and if it includes letting go of the bad memories, jealously, overprotectiveness, vengeance, and appreciating each other’s individuality, then why the hell not? People sacrifice and change for love, don’t they? And if these two can overcome these hurdles, they are sure to reach the pinnacle of happiness and bliss that a true relationship possesses.