Relationship Compatibility of a Cancer Man and a Leo Woman

Can the magnificent lioness ever find her knight in shining armor in the comparatively diffident crab? The answers pertaining the Cancer man and Leo woman relationship compatibility may be quite surprising to the speculators trying to gauge the future of this union from the topmost layers. AstrologyBay throws light on the hidden layers of this almost-perfect match!

Can the magnificent lioness ever find her knight in shining armor in the comparatively diffident crab? The answers pertaining the Cancer man and Leo woman relationship compatibility may be quite surprising to the speculators trying to gauge the future of this union from the topmost layers. AstrologyBay throws light on the hidden layers of this almost-perfect match! 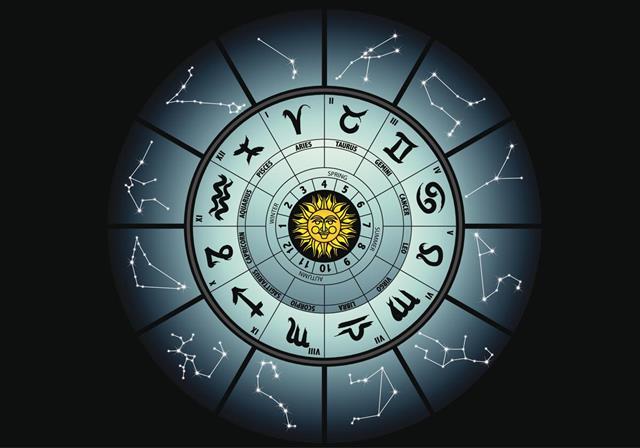 … And in spite of their differences, formed a bond so strong that all other zodiacs began to envy. The understanding and sensitive Cancer man fulfilled all that his demanding and loving Leo woman needed, bridging the gaps created by their odds with their love, compromises, and unending trust.

They are different and there is no doubt about it! She is a lioness motivated by fire, aggression, pride, dignity, power, high social status, and extravagance. He, on the other hand, is a water sign who is sensitive, caring, nurturing, timid, quite homely, and not as outgoing as the guy that would truly complement this lady, if you look at it from the surface. But who says that only fire can complement fire, or water can mingle with water? If you think of it, even though water has the ability to put off mighty flames, it can also blend with fire and create a steamy cozy environment where some portion of both these elements―Fire and Water―can co-exist.

A Cancer man is the water that will never want to put off his Leo lady’s vibrant flames. On the contrary, he will provide her with the boost, compliments, and support that she needs her man to give her all the time. She, if in love with this gentleman, will reciprocate through her uttermost love, loyalty, and care―something that he will need time and again, especially when he goes through his mood swings.

Is a Cancer Man and a Leo Woman Compatible?

You bet they are! Although it takes quite a lot of compromises and letting go to make it a perfect union―which is the case with any other relationship, if you think of it―what they get from each other is worth it all! It all begins when the full-of-life, energetic, vivacious, and enigmatic Leo damsel catches the attention of this shy guy standing somewhere away in the corner. Surely, she is someone who has all eyes set on her, his being just among the many! Getting her instant attention does take some time and effort from his part, but when he finally manages to reach out to her and show his polite and truly-gentleman approach towards her, she is wooed at once.

You see, a Leo woman has the power to get every man she comes across, but what makes this Cancer prospect a standout is his ability to comfort her by being a calm listener. He will not try to rule over her, just stand next to her holding her hand, and assuring her, “Baby, I’m right here.” She also gives him the commitment and loyalty he wants from his mate in return.

The Highlights of this Union

Thank God that lions don’t like seafood, and that is how the crab manages to survive in this relationship, possibly for a lifetime! Jokes apart, but the fact is that their differences bring them together. It is interesting for fire to see water be so calm and gentle, while the water gets amused by the fire’s brilliance and passion. It wouldn’t be wrong to say that a Cancer guy has perhaps a rare combination to handle a Leo female’s pride, dignity, and dominance, with his soft, gentle, and irreplaceable existence in her life. Although he is a cardinal sign, who likes to take control of things, he would never try to control her. Once the lioness has his attention, the crab will happily let her have all the limelight and continue to be around her with sweet whispers of genuine compliments, assurance, uplifting words, and thoughtful gestures that will definitely make this kitty purr!

● Both are ambitious and have an inclination towards material wealth. While for her it is for dignity and status, he sees it as a necessity for a secured and comfortable living. Hence, they support each other in their goals and ambitions.

● Both of them are dreamers, hence, they understand each other’s desires. And being caring lovers, they make sure to give in their all to turn their dreams into reality!

● Both of them have the ability to balance the extremes of the other. The Cancer man can mellow down the aggression and fieriness of the Leo woman when she blazes beyond control. On the other hand, she can inspire him and provide him with an assertive and go-get-it attitude when he feels low and helpless.

● She rules the day, with him by her side, and he rules the night! Yes, she willingly lets him take control in bed and both of them go through an experience that they never forget. Her aggression and passion meets his gentle way of loving, resulting into a great sexual compatibility. The physical union makes them drawn to each other all the more.

Don’t let the ego get in between! This aspect is quite crucial for this relationship to sustain. The Leo woman is ruled by a fixed fire sign, which means that not only is she highly aggressive and strong, it is also difficult to change her way of seeing life. The Cancer man is a cardinal water sign, which means that he is the one who initiates and channelizes those in his life, and being a water sign, he is highly sensitive, moody, and may get discouraged quite easily. Now, you might think that how is he the controller when he allows her to do as she pleases. Well, remember how he can make our kitty purr. While she may seem to be the direct controller, it is he who controls her without her even realizing it, and we don’t mean it in a bad way, it’s kinda cute! However, being a fire sign, she might end up saying hurtful things that may really hit his self-respect and ego. As much as she expects her man to treat her with dignity, similarly, he too wants his woman to look up to him.

The other problem here is his mood swings. Being ruled by water, he tends to flow downwards towards the depth where he wishes to be alone with his thoughts and worries, at least for a while. However, his love wants his constant attention to be on her, and during these phases, she might get annoyed and burst out with anger, failing to understand his once-in-a-while need for solitude. Nevertheless, he comes back very soon with his sweet and innocent apology, and the forgiving and kindhearted lioness quickly lets go and starts over. Letting go is a virtue she has, but he doesn’t, which creates another problem here.

She has flirtatious tendencies. She loves getting attention wherever she goes, and he doesn’t mind that as long as no opposite sex is involved. Well, as loving, caring, and supporting as he is, remember that he can also get extremely possessive, jealous, and insecure when it comes to her. His protective nature may make her feel as if he is trying to rule her, and this may create trust issues between these two. Dear lioness, like you need his constant attention, he needs to see that your flirting happens only with him. These are some issues that you two need to handle to make an absolutely rocking pair ever.

The Final Say: Go For It! (*Conditions Applied)

This union is likely to end if the Cancer man in the picture doesn’t have a secure plan and a goal in life. Such Cancer men tend to become resentful, depressed, and doubtful when it comes to everything in their life, especially their love. He might also pour out all that he has in his heart in the form of unbearable lashes that can hit you hard enough to never go back to him. However, if he is clear about his life and has things well-planned towards a secure future, financially and socially, then we don’t see any reason why these two will not reach the altar, provided the downfalls mentioned in the previous section are done and dealt with. Remember, the lioness needs a man who can provide her the status, wealth, and dignity that she needs, so that she may live like a queen. A successful Cancer man is very much capable to provide her with all this and more.

As for the Leo woman, make sure that your aggressive and loud approach towards things may become too much for this peace-loving man. It would really help to just mellow down a little bit and stick to the purring instead of expressing through your deadly roar. Both of you are very much made for each other and together, you have the potential to create a life full of love, trust, freedom, and success.