50 Male and Female Celebrities with the Sun Sign Aquarius

Aquarians are interesting and charming people. They are known for being innovative, witty, and adventurous. AstrologyBay presents to you some really famous Aquarian celebrities.

Aquarians are interesting and charming people. They are known for being innovative, witty, and adventurous. AstrologyBay presents to you some really famous Aquarian celebrities.

According to the Greek mythology, constellation Aquarius is Ganymede, the son of King of Troy. Impressed by his beauty, God Zeus disguised as an eagle and abducted him to be the cup bearer on Mount Olympus.

The people born between January 20th and February 18th have the zodiac sign as Aquarius. Aquarius is an ‘air’ sign, and is ruled by the planets Saturn and Uranus. The people with this zodiac sign are considered intelligent, original, and great communicators. However, the major trait of the Aquarians remains being independent. They can be really stubborn at times, but will also go out of their way to help others. In relationships, they are greatly loyal and will rarely deviate from their partners. However, if they are betrayed, they tend to detach quickly.

Have you wondered about how many famous celebrities around the world have the same zodiac sign as you? Well, you would be surprised because some of the insanely popular people share your sun sign. This includes musicians, actors, rappers, and other renowned people from history. Let’s have a look at some famous people with Aquarius sun sign all around the world.

Famous Quote: “The whole point of being alive is to evolve into the complete person you were intended to be.”

Famous Quote: “I want one day to be able to love with the same intensity parents love their children. Is that possible?”

Famous Quote: “There’s too much darkness in the world. Everywhere you turn, someone is tryin’ to tear someone down in some way; everywhere you go, there’s a feeling of inadequacy, or a feeling that you’re not good enough. I want to bring a certain light to the world.”

Famous Quote: “I think what saved me is being honest. I think I somehow had the courage to do something and to say something that I knew would possibly end my career. Instead of making business more important, I made my soul and my life more important. And I think by being truthful, and being honest, that saved me.”

Famous Quote: “There are no regrets in life, just lessons.”

Famous Quote: “If you risk nothing, then you risk everything.”

Famous Quote: “I’m someone who grew up believing in not everybody gets a trophy. It’s okay to lose. Losing teaches you something. Having to try and going through the trials and tribulations to actually overcome, to get there to win, to triumph, that’s what makes life interesting.”

Famous Quote: “The way I see it, you should live everyday like it’s your birthday.”

Famous Quote: “I get it now; I didn’t get it then. That life is about losing and about doing it as gracefully as possible… and enjoying everything in between.”

Famous Quote: “Always bear in mind that your own resolution to succeed, is more important than any other one thing.”

Famous Quote: “An actor should never be larger than the film he’s in.”

Famous Quote: “There’s nothing wrong with being a loser, it just depends on how good you are at it.”

Famous Quote: “I’m living a dream I never want to wake up from.”

Famous Quote: “I have to believe there’s some other life force out there. I don’t know in what form. But we can’t have all these galaxies and universes without something going on.”

Famous Quote: “The best part about being alone is that you really don’t have to answer to anybody. You do what you want.”

Famous Quote: “There’s no point regretting things. If you can’t do the time, don’t do the crime. Life’s too short to worry about things I’ve said.”

Famous Quote: “Honesty and loyalty are key. If two people can be honest with each other about everything, that’s probably the biggest key to success.”

Famous Quote: “If you buy an expensive thing and you never use it, I don’t think there’s a point to it.”

Famous Quote: “A man who dares to waste one hour of time has not discovered the value of life.”

These were some of the famous Aquarians. Aquarians are fun to hangout with and make the best of friends and partners. So, if you have an aquarian in your life, hold on to him/her and don’t let them go anywhere. Your life’s surely going to be adventurous with them!

P.S. The author of this article is a proud Aquarian. 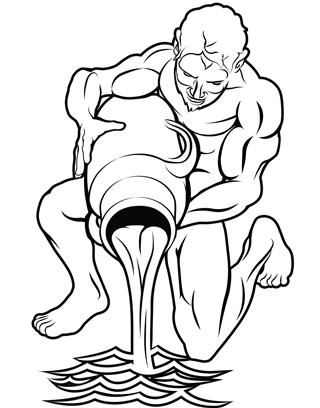 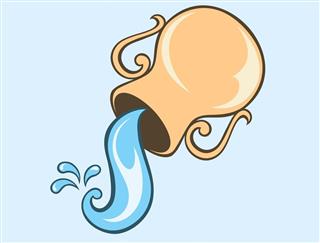