What Does Your Birth Date Say About Your Personality Traits?

The intriguing part about numerology is its use of one's birth date to predict his or her future, or spell out the traits that the individual possesses (not entirely accurate).

Home / Uncategorized / What Does Your Birth Date Say About Your Personality Traits?

The intriguing part about numerology is its use of one’s birth date to predict his or her future, or spell out the traits that the individual possesses (not entirely accurate). 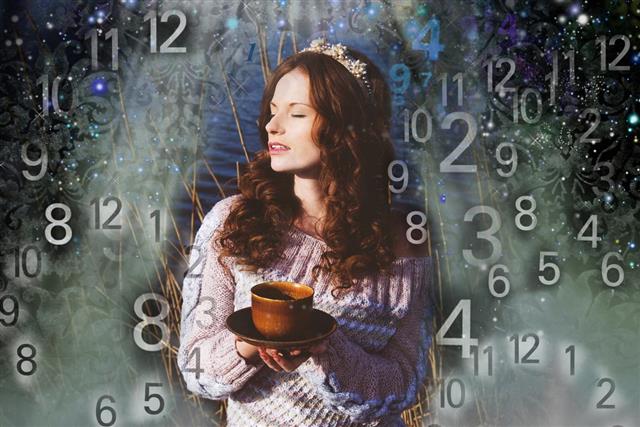 If we backpedal through time, we come across mathematicians like Pythagoras who believed that there was more to numbers than what met the eye. He treated numerals as the basis of something more than just mere digits, where others took his beliefs one step further by coming out with written works such as, The Romance in Your Name by Dr. Juno Jordan, and The Power in Numbers by Mrs. L. Dow Balliett. Numerology is based on the belief that one’s birth date including the name (in some cases) bestowed upon each one at birth, reveals things about us that can be interpreted by using the said information. Using a series of numerical conclusions, one’s birth date can be reduced to a single number that can reveal what kind of individual one is.

Numbers play a significant role in the world today, where it is not a random sequence of numerals strung together with an ambiguous meaning. It forms a sensible sequence where mathematicians have for years analyzed its obvious importance in everyday life. Think of things like the Golden Ratio in nature or the core basis of physics. Our lives are interwoven with numbers whether we associate ourselves deeply with it or not. The barter system is an ancient exchange method that people relied on, to acquire what one needed to survive, where money is now the sole trading source. What would stock markets be without the onrush of numbers that determined its rise and fall?

Numerology isn’t everyone’s go-to method to discover what one is like or capable of through some numerical prediction that was designed by someone out there. For others though, it is the basis of all things whether it comes to financial situations, the job one chooses, the person one wants to marry or even befriend – it all comes down to numerology. While many may not see it as a ready-to-use manual of his/her life, it is nonetheless an interesting derivation of numerals.

What Are Your Personality Traits by Birth Date?

The dates are reduced to a single digit using the numerals of your birth date, to determine which life number you are. Usually one’s entire birth date (including month and year) is added to obtain a specific number, but in this case we’re using the alternative method of using only the day. If you add the numbers that you see below, those with a double-numeral birth date are further added to result in a single digit, namely, the ‘life number’. Look for your birth date and find out what your life number has to say about you.

Those who fall under this number are creatively unique, confident, and possess the kind of drive that commands respect and awe. Being their own boss is what works best for them, since the flaws of others will affect the way they oversee things, in the long haul. Those with this number are said to be drunk with success, and need to be viewed as individuals of power and wealth. They’re also very particular about what they wear and how society views them externally. Negative aspects of the number reveal that being dominating, aggressive, and over-achieving can hinder personal growth. Keeping stress under control and maintaining a healthy lifestyle is important, where using one’s talents completely will ensure a great future.

Those who fall under this number are sensitive, caring, and intuitive. Although shy, life number 2s know how to work within groups and can gage how one feels whilst working out a way that is diplomatic. They can switch from calm swan to ferocious cat if someone crosses their path, using verbal defenses that can shock and hurt the offending party. While a life number 2 can be hardworking and effective as a role model and worker, they can be overlooked for their endeavors and contributions. They need to be strong to voice their concerns and garner due respect from higher-ups. While sensitivity can take a toll on personal matters, it does help that everyone loves their company.

Those who fall under this number are immensely talented in an artistic light, although one needs to be determined to nurture the talent within. People under this life number are generous, although on the flip side, being a spendthrift has its setbacks. They have a knack to please those around them with witty banter and an infectious sense of humor. Their positive attitude brings people closer to them, where being in the limelight is something they love. Being socially active is a plus point, but it can dampen a number 3’s ability to work on a talent. They can be hurtful with their snide, sarcastic comments when a dark mood takes over, but otherwise they’re perky, ready to make others happy, and an inspiration for their expressive mannerism.

Those who fall under this number are rational, levelheaded people who need a systematic method to their work or personal life. They’re hardworking individuals who commit themselves to tasks, and possess the potential to make it big someday. Number 4s like taking charge in a team and are able to perform without letting the responsibilities of other coworkers get in the way. Such people can be stuck-up because of their set ways and become overly attached to their careers. Knowing where to draw the line is important as this can lead to missing out on opportune moments. They can be ruthless and seek revenge from those who hurt them greatly, whether in a relationship or as a result of a broken marriage.

Those who fall under this number are reminiscent of hippies who are carefree and live on adventure and social interactions. Their moods are usually peppy and can motivate people in a way that may seem odd but works nonetheless. They are a great source of inspiration and motivation for those who doubt themselves. They have an insatiable appetite for the good things in life, like food and travel. Number 5s can also tread into bad territory, like having multiple sex partners and drug abuse. They have a great way of understanding people, where their communication skills are enviable. They aren’t the sort of people to rush into a career without giving it great thought, but can be impulsive on the flip-side when it comes to other doings. They’re butterflies that need their daily dose of freedom.

Those who fall under this number are born caregivers who are compassionate to those who are in need of help and guidance. While being humble is a common trait amongst those with the life number 6, there can be a sense of pride that overpowers them. Knowing how to not let it get the best of them, is key. While others are constantly seeking help, their adoration for a number 6’s companionship is what matters. While being a helping hand and the idyllic friend is admirable, one needs to know when to step back and let a person learn from experience, without having to always be there to pick them up. Being overly sacrificial when it comes to people can squash any hope of one’s talent coming to life or being used to the fullest.

Those who fall under this number are spiritual, humorous, knowledgeable, and charming. They prefer isolation over social activeness, but occasionally feel the pinch of loneliness. They prefer their own company rather than being amidst a crowd, where it is not easy for them to open up to someone in an emotional manner. Life number 7s are sometimes egocentric since they believe that everything is about them. While being practical and highly intellectual in areas that allow them to work on a talent are impressive traits, the flip-side shows that those with this number can be selfish, judgmental, and highly cynical.

Those who fall under this number are financially the strongest among the rest, seeing that their passion for success is driven by a thirst for power and fortune. While qualities like being a visionary, a great team leader, an inspiration to peers and such are highly regarded, it is important for life number 8s to know where to draw the line. Some number 8s regard status as everything, where it can lead to heavy financial losses if money is not spent wisely. Such people are great with managing businesses that require foresight and enduring dedication. While failures are highly probable, life number 8s are known to be able to bounce back from such scenarios while still being financial secure because of their hard work and drive.

Those who fall under this number are humanitarians who want to change the world from its dire state, to one where there is peace and harmony. It gives life number 9s a great sense of accomplishment and satisfaction to be able to contribute largely to the world, where they are generous, kind-hearted, compassionate, and selfless. Because they push themselves to be more in this world by contributing largely, there are times when they don’t enjoy the fruits of their actions; they’re constantly unsatisfied and need to accomplish more. Financially, these people are lucky, where unexpected sources will help them on their mission to change the world. They should bear in mind though, that running after money while pushing aside the dreams they strive to fulfill, will only leave them broke and regretful. They need to learn how to appreciate their valued work for the world, and accept the fact that limitations will arise and are inevitable in many cases.

Numerology as previously mentioned can have more than one way of interpreting the personality traits of people and predictions as part of the life number. There are also numbers known as master numbers (11, 22, 33) which have a level of significance that supersede life numbers. That in itself is an alternative way of numerology that reveals character traits based on the addition of one’s entire birth date.