Personality Traits of a Person Born on the Aquarius-Pisces Cusp

The cusp combination that forms when the eleventh and the twelfth signs of the zodiac come into one―the Aquarius-Pisces cusp! The Aquafish is known for its sensitivity, but, it can be equally strong. Let's throw light on the personality traits of the Aquarius-Pisces cusp, and discusses its unique characteristics that are distinctive of any other sign.

The cusp combination that forms when the eleventh and the twelfth signs of the zodiac come into one―the Aquarius-Pisces cusp! The Aquafish is known for its sensitivity, but, it can be equally strong. Let’s throw light on the personality traits of the Aquarius-Pisces cusp, and discusses its unique characteristics that are distinctive of any other sign.

Each and every cusp is associated with a unique characteristic, and when it comes to this February cusp, the trait linked is ‘sensitiveness’. Also known as the “Cusp of Sensitivity”, the Aquarius-Pisces cusp influences those born within February 19 to 23. However, note that the dates may vary from one source to another. The influence of both, the offbeat and eccentric Aquarius, and the mystical dreamer Pisces, creates an interesting melange of air and water, thereby, making these individuals highly receptive to the tunes of the spiritual and intellectual world.

Aquarius is the eleventh sign of the zodiac chart, and Pisces is the twelfth and last sign. Together, this cusp reflects an advanced stage in the human lifespan, where one tends to focus on the spiritual and intellectual sphere of life, rather than the materialistic and exploratory ones. Here, the mind tends to accept life and those who are a part of it, wholeheartedly. There is no immaturity that lies in the perception towards what is, but yes, one is always hopeful for what can be. Having said that, the Aquarius-Pisces cuspian is someone whose life revolves around compassion that arises from acceptance, and imagination that arises from their inclination towards the unreal.

Characteristics of an Aquarius-Pisces Cusp

While normally we see that one zodiac sign is ruled by one planet only, in this case, both Aquarius and Pisces are ruled by two planets each. The ones that rule Aquarius are Uranus and Saturn, while Pisces is ruled by the planets Jupiter and Neptune. Therefore, the cusp of these two signs has influence of not two, but four planets in total! Uranus is associated with radical thinking, while Saturn is a disciplinarian. Likewise, Jupiter is the king of all gods, while Neptune is associated with the aspect of reality and non-reality. Hence, we can say that it is the presence of these variable planets, that makes these cuspians so sensitive in nature; after all, sensitivity is another way to explain one’s understanding and compassion towards others.

► An Aquarius-Pisces cusp has many facets to his/her personality. It wouldn’t be wrong to say that this person feels a multitude of emotions within. Due to a highly compassionate and sensitive nature that he/she has, there is no other cusp combination that can be as receptive to the needs of others as this one.

► For those who worry about the fact that people are becoming more and more stone-hearted lately, an Aquarius-Pisces cusp will give them a refreshing change! This person can understand emotions like no other!

► When it comes to love, romance, and dating, this cusp will never disappoint you. We specially say this to the ladies who have given up on the idea of finding men with a sensitive side. This water-bearing pair of fish is a true romantic at heart, and values love and relationship beyond great measures.

► Being highly intuitive and receptive, the Aquafish can possess quite a great deal of psychic gifts. If he/she warns you about something or someone, most likely the intuition will become a part of your reality.

► Talk about creativity and art, and there is no mind more imaginative and artistic like our Aquarius-Pisces! The prime reason behind this could be the exploratory nature of this cuspian. This individual craves for experiences in all realms of life, because these experiences are what add to his/her pool of creativity and knowledge.

► A narrow-minded person can never understand art. With our cusp being influenced by the eccentricity of Aquarius and the dreaminess of Pisces, it is quite evident that without being broadminded and somewhat offbeat, it would be impossible for him/her to be as creative and vivid as described.

► Creative and physical freedom is very important to an Aquarian, and a Piscean can never be deprived of his/her emotional and spiritual freedom! This is one cause that drives this cusps to great heights. He/she will do all things possible to ensure that this freedom is acquired not only for self, but others as well.

► While being emotional and sensitive is invariably a positive trait, too much of it can actually cause trouble in the life of this cusp, and the others involved. This person, because of being so emotion-driven can be easily hurt and offended by those who fail to see things from where they are standing.

► Aquarius is a fixed sign while Pisces is mutable. The fixed trait of the water-bearer exemplifies when this cusp takes a stand for what he/she truly and deeply believes in. In this case, this person can be very stubborn, refusing the idea of letting go of a cause that he/she truly lives by. On the flip side, if the mutable quality of Pisces overruns the focus and determination of this cusp, then he/she tends to become quite indecisive and wobbly in pursuing a goal.

► An Aquarius-Pisces hates direct talks, especially when it comes to face-to-face confrontations. This tendency is often mistaken for having a chicken heart, however, the truth is far from this. Because he/she is highly intuitive and knows what the war of words can do, not only to the relationship, but also to his/her soul, this cusp prefers to not get involved in a conflicting situation at all―because in the end, the one who gets hurt the most is this sensitive cusp.

► Swinging from the realms of reality and illusion, this person is not very good at handling the practical details of life. He/she will not understand numbers, calculations, strategic investment planning, etc. He/she will also find it difficult to keep up around practical mindsets.

► When you’re driven towards an idea that is shunned by your loved ones, destruction occurs, especially when it comes to this cusp. Lack of understanding and appreciation can make this cuspian quite pessimist. Even to the point of experiencing low self-esteem, and becoming self-deprecating in nature.

► You wouldn’t call the Aquafish highly ambitious, especially if he/she doesn’t have the need to slip away from his/her dreamy haven. At times, this person can become quite laid back, sort of lethargic in a way. This may cause ripples especially if he/she is with a highly organized and ambitious sign, such as Leo or Virgo.

With so many things happening in one single mind, it is clear that the life of this cusp ain’t a smooth one! However, we see it like an interesting opportunity, where this cusp needs to find out his/her own way and come to a point where he/she can balance out the strengths and weaknesses that these four planets give him. If used well, the Aquafish can both rise up in the sky like the air, and dive deep into the ocean in its water form. We have already listed the names of famous celebrities who have used the gifts of this cusp personality in their stride. All one needs to do, is explore, define, and enjoy what the journey of finding oneself brings their way! 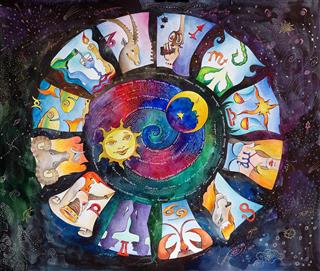 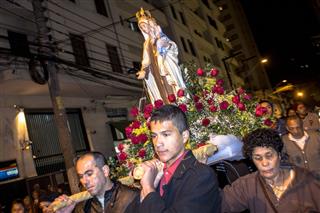