Read Now! Compatibility of Aquarius-Pisces Cusps with Other Signs

An Aquarius-Pisces cusp is the one who loves the idea of being in a relationship. This person values emotions, unity, friendship, and love like no other cusp. Sounds pretty compatible-ish, doesn't it? We'll help you learn more about the Aquarius-Pisces cusp compatibility with other signs of the zodiac chart.

An Aquarius-Pisces cusp is the one who loves the idea of being in a relationship. This person values emotions, unity, friendship, and love like no other cusp. Sounds pretty compatible-ish, doesn’t it? We’ll help you learn more about the Aquarius-Pisces cusp compatibility with other signs of the zodiac chart. 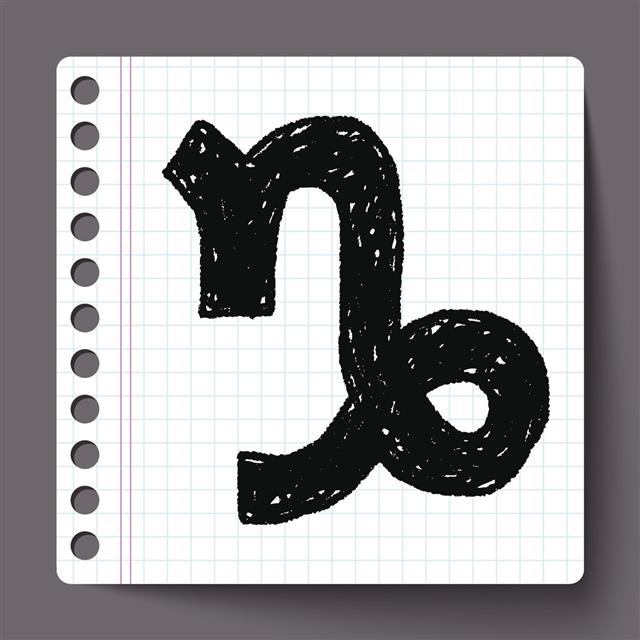 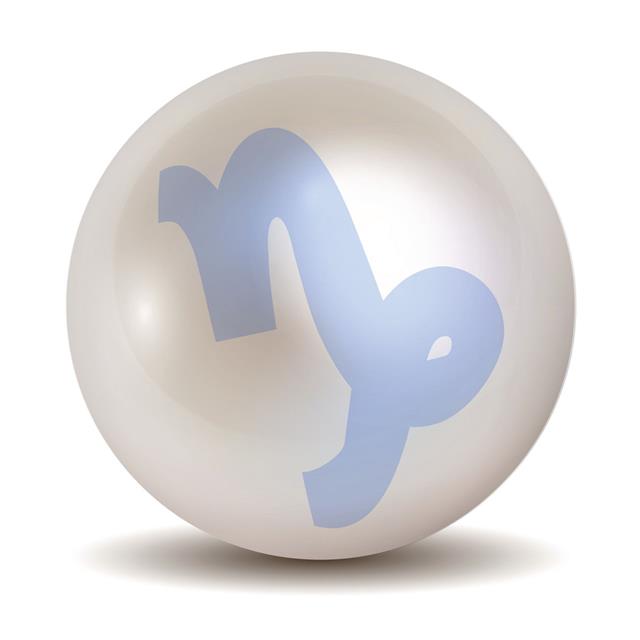 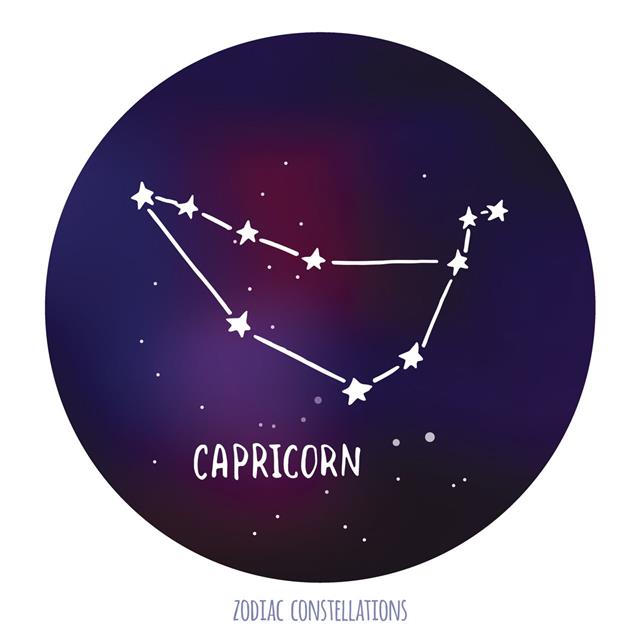 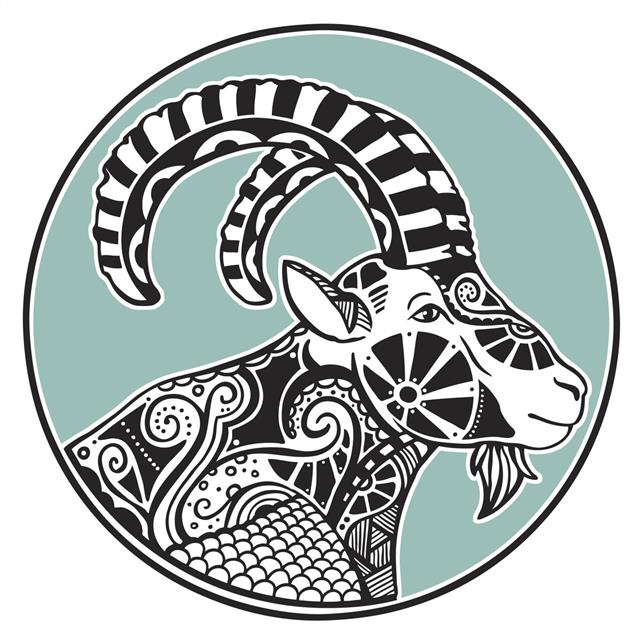 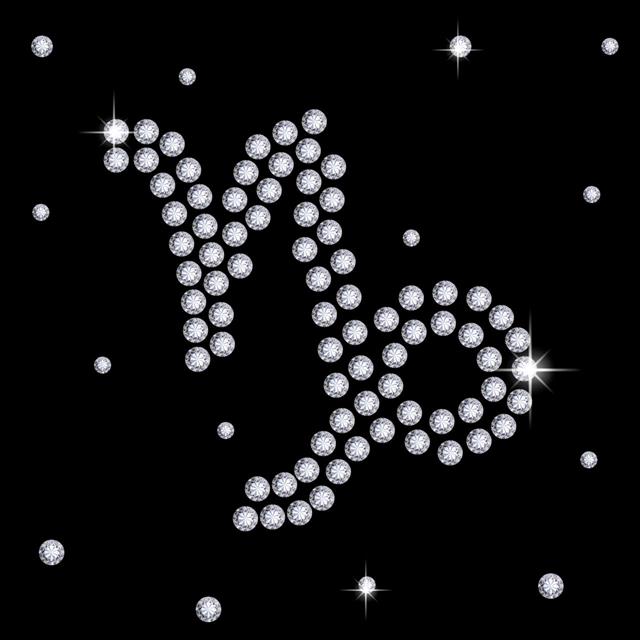 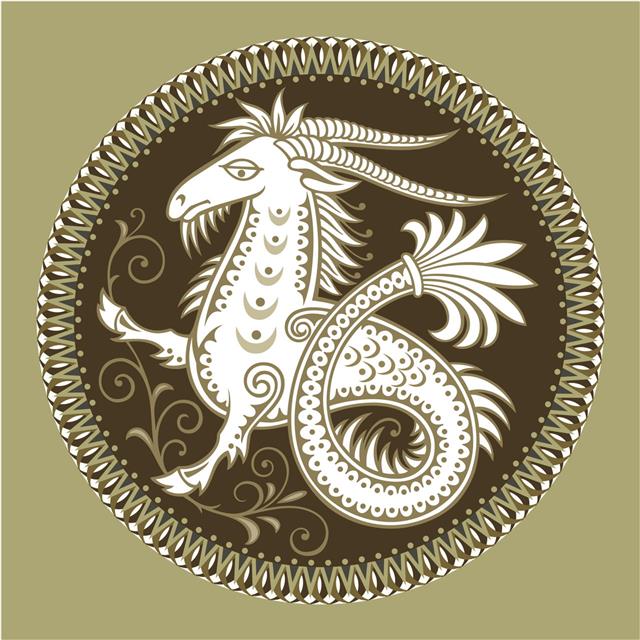 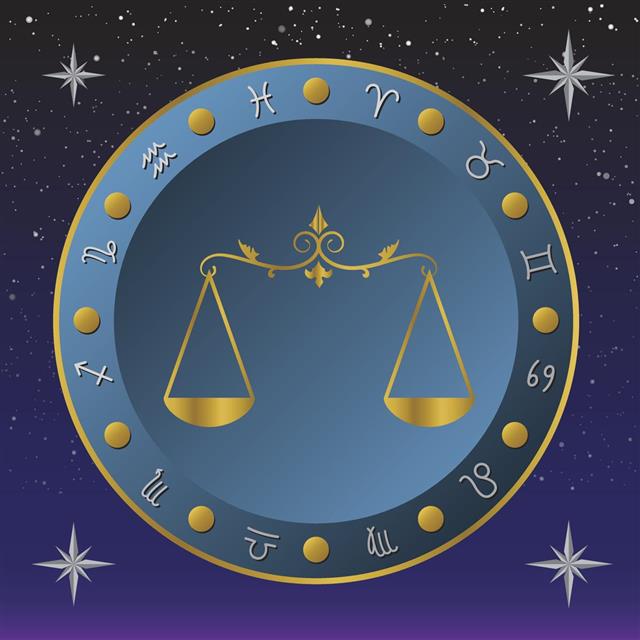 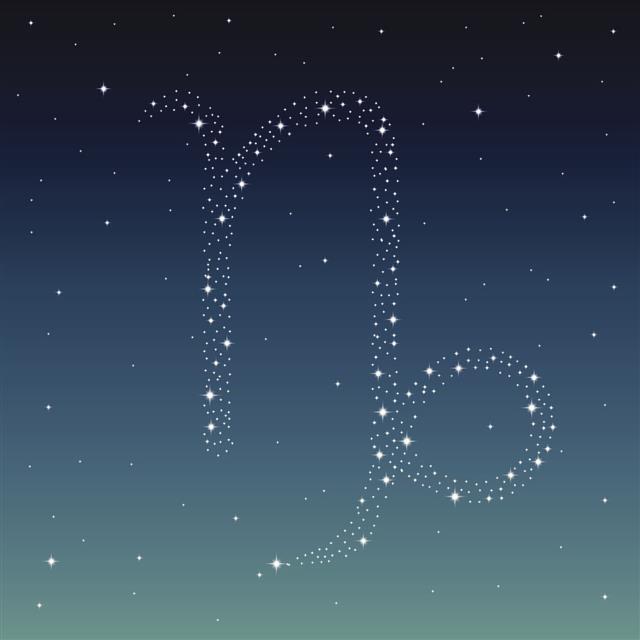 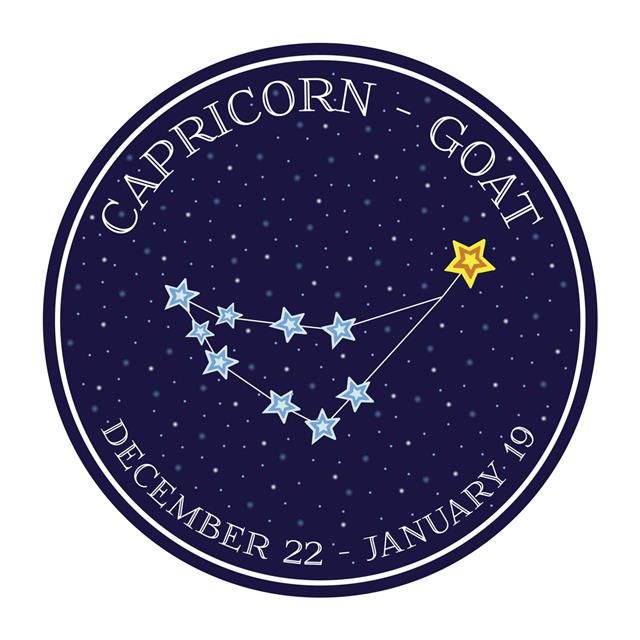 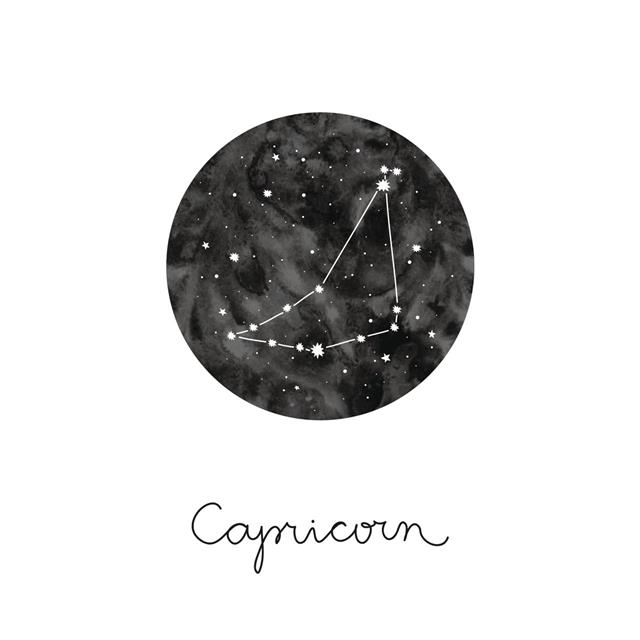 The Aquarius-Pisces cusp is known as the ‘Cusp of Sensitivity’, and while one may tag a person belonging to this sign as sensitive and gullible, you wouldn’t want to underestimate the multitudinous strength that air and water gives to him/her. Yes, these two elements can not only soothe, but their fierce facet (storm and waves) can bring about a violent weather around!

Although the major trait associated with this cusp is sensitivity, calling this individual sensitive would be like calling a Shaolin monk incapable of fighting just because he prefers peace over violence. This preconceived notion about this cusp can be used as a disadvantage or an advantage. Disadvantage because being tagged as emotional, one would underestimate his/her inner strength; and an advantage because this cusp will always surprise their peers with what he/she is capable of.

Formed with the melange of the eleventh and twelfth signs of the zodiac, the Aquafish represents the advanced stage of the human life cycle. Hence, its inclination is towards the spiritual and intellectual facets of life. It believes more in giving to the world, than accumulating things for its own. It understands the complexities, challenges, and dilemmas of others, because it has traveled through the first ten signs of the zodiac cycle, and is now at the end of it. Considering these crucial aspects in mind, when we speak of the ideal match for an Aquarius-Pisces cusp, we would always recommend the signs that share a spiritual and intellectual inclination with this person.

Being the compassionate and understanding sign that it is, one can be certain that this cusp will do all in its power to sustain the relationship, working it out, and adapting in all ways possible. However, when it comes to being with the one you can bare your soul to, it is quintessential to share the basic belief that rules your existence. In case of the Aquafish, this basic belief is to help others by using its intellect and imagination. The water-bearing mermaid doesn’t care about taking, for giving is more fulfilling to the spirit. The following zodiac signs would do well to understand this instinct, and help this cusp attain the right balance when it tends to become a little unstable due to the undercurrents.

Being half Pisces, the Aquafish would gel well with the mermaid, and together, they would explore the depths of love, not only physically, but spiritually as well. Linda Goodman calls a Piscean an old soul, someone who believes in karmic forces and has lived many lives before being reincarnated as a Pisces. Finding a Pisces lover would be like finding a soulmate who shares the same soul path.

The fish will provide his/her irrevocable love, support, and encouragement to our cuspian when harsh waves surround their shore. Both believe in romance like the one found in Nicholas Spark’s novels, and yes, they can very well find that kind of love in each other’s arms, in reality.

What is love where there are no issues to be resolved? For these issues are the ones that strengthen love’s bond all the more. The only problem we see in this union is when both of them take a dive into their moodiness. If the timings don’t coordinate appropriately, they may end up hurting each other due to their mood swings, and the (rare but possible) Piscean tendency to be blunt with words. When this happens, both will prefer swimming in different directions to settle the ripples within, and in a short while, swim back to each other’s arms. This is because each of the two understands what it’s like when moodiness takes over, so there will rarely be a time when a conflict shall remain unresolved.

Capricornians are widely famous for their focus, determination, and hardworking nature. Yes, the goat may seem like a tough nut, but inside it’s quite sensitive. This aspect of the goat makes it an ideal suitor for our cusp, because the presence of a Capricorn will give the airy/watery tendencies of this cusp, a firm ground to hold on to. Both appreciate commitment and honor the sanctity of a relationship.

These idealistic values bring the two closer to each other. While the earthy Capricorn teaches our cuspian to be more stable, the Aquafish fills the goat’s life with romance, color, and creative ideas.Both of them are not alike in any manner, but yet, they complement each other like none other. The Aquafish tends to get a little wobbly at times because of being swayed from materialism to spiritualism, illusion to disillusion! This cusp is also not very good at handling the practical details of life. Therefore, being with a Capricorn helps this cusp become a bit closer to practicality and stand firm in reality. Not that the goat would forbid the water-bearing mermaid to dive into the waves of spiritualism and imagination, but it will always be standing on the shore to see if the Aquafish is okay. Likewise, the Aquafish will ensure to return to the ground because of his/her loving, loyal, supportive, and caring lover waiting on the shore.

Cancerians are ruled by the moon, making them highly sensitive and emotional in nature. What makes this union so made for each other is the fact that it is the Moon that controls the tides in the ocean, tides that form with both water and air. Cancer is a cardinal sign, which means it is the initiator of the course that needs to be taken. This can be advantageous to the Aquarius-Pisces, as they tend to feel quite lost and become quite indecisive at times. Another brownie point for our cusp would be the sensitive, caring, and protective nature of the crab. The crab can set sail with the Aquafish when he/she wants its company in the ocean, and/or stay with its lover on the shore when he/she needs to breathe in some fresh air. A Cancerian will appreciate the ideas and eccentricity of the Aquafish, and make the union all the more blissful by whispering sweet nothings in his/her lover’s ears.

On the flip side, the crab can get very possessive when the Aquafish feels like taking a swim alone, not because it doesn’t like the company of the crab, but because it wants to experience the tides with its own self. When both fail to see a point from the same angle, words may be fired at each other. While the crab absorbs everything calmly, there might come a point when it will sting back with its claws and say some of the most hurtful things ever heard. However, both will apologize soon enough, understand each other’s expectations, and continue to live in their world of dreams―for real!

Libra is symbolized by the scales, scales that can be pulled from one extreme to another, but always work towards attaining a balance. Being known as the peacemaker of the zodiac chart, a Libran would do well to find a balance not only in his/her relationship with the Aquarius-Pisces, but also in this cuspian’s life.

Yes, because this cusp tends to dwindle between two extremely opposite worlds of the real and the unreal, where on one hand there is practicality, and on the other hand, there are innate desires, a Libran would help this cusp achieve a balance.

Librans are blessed with the ability to analyze the pros and cons of two extreme situations. They are the diplomats of the zodiac for sure! Being an air sign, they are also highly intellectual and can very much involve anyone in some great in-depth conversation. Yes, the Libran can become quite critical at times, but being a peacemaker that he/she is, slowly he/she will understand how to deal with our sensitive cusp. Though the Libran might not share the imaginative and spiritual inclination of the Aquafish, he/she will give our cusp a good environment to balance the inner waves.

Scorpio not only shares the watery tendencies of this cusp, but it also possesses many traits that can make the life of our cuspian quite firm and positive. The Aquafish is known as the psychic of all the cusp combinations that exist. In this respect, the intuition of the Scorpio complements him/her well, and adds to their intuitive powers.

Also, both are loyal, romantic, sensual, and highly sensitive towards the harshness that surrounds them. While our cusp may get intimidated during turbulent times, the presence of the Scorpio’s confident and assertive support will negate the questioning tendencies of this cusp.

What’s the catch? Well, a Scorpio can be quite jealous and possessive at times. The need of this cusp to accumulate more and more experiences, even be a little flirtatious, can irate the Scorpion quite a bit, resulting it to bite the Aquafish with a venomous sting. Scorpions are known for their ability to take revenge. And if this venomous aspect of this sign reaches the Aquafish, things can turn out pretty ugly. However, we are sure that the commonalities and the love between these two will save this relationship before it gets to that point.

The Aquarius-Pisces cusp needs someone who can give him/her unconditional love and support, and appreciate his/her eccentric imagination and dreamy state of spiritual inclination. This cuspian needs freedom based on trust and love. The one that he/she loves must never try to restrict the physical or creative freedom that is so very important for this person to survive. Also, an ideal partner of this cusp should always be there to give him/her the stability and security that they need. That being done, this sensitive but extremely lovable cuspian will make the union beautiful and dreamy beyond anyone’s imagination! 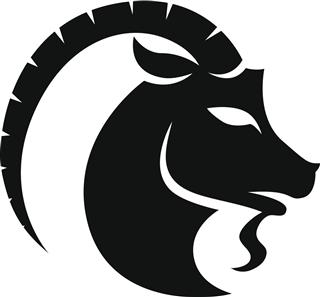 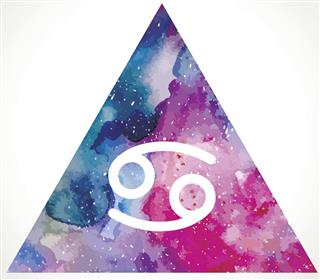 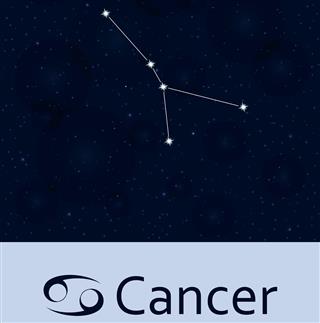 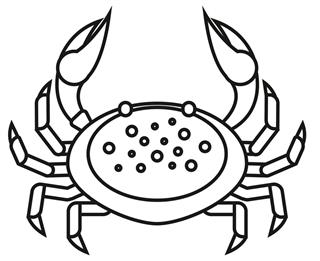 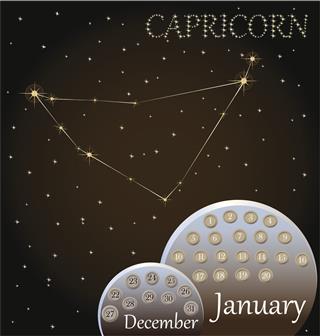 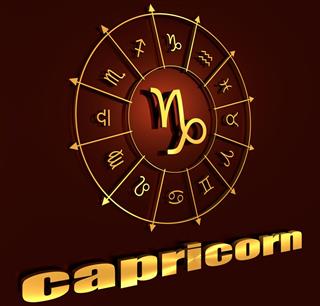 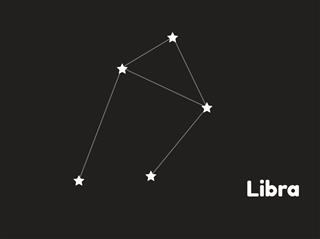