Love Compatibility Between a Pisces Man and a Scorpio Woman

Astrology rates the compatibility between a Pisces man and a Scorpio woman as the best amongst the various astrological combinations. We can say that they are soulmates in the true sense. They can never get over each other, and will continue loving unconditionally, despite a breakup or a serious fight. Hence, their love for each other is deep, true, with no limits or boundaries.

Astrology rates the compatibility between a Pisces man and a Scorpio woman as the best amongst the various astrological combinations. We can say that they are soulmates in the true sense. They can never get over each other, and will continue loving unconditionally, despite a breakup or a serious fight. Hence, their love for each other is deep, true, with no limits or boundaries. 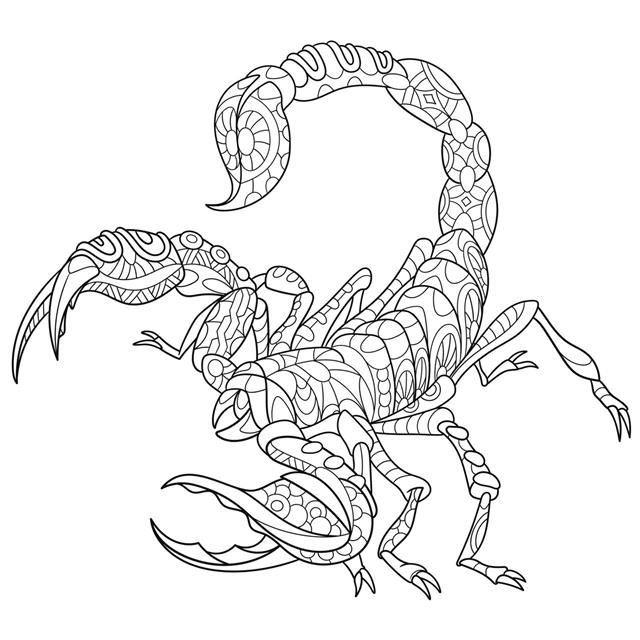 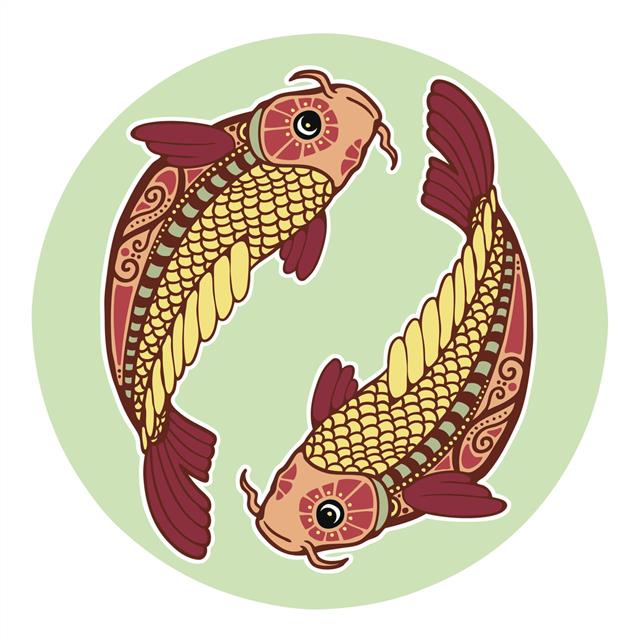 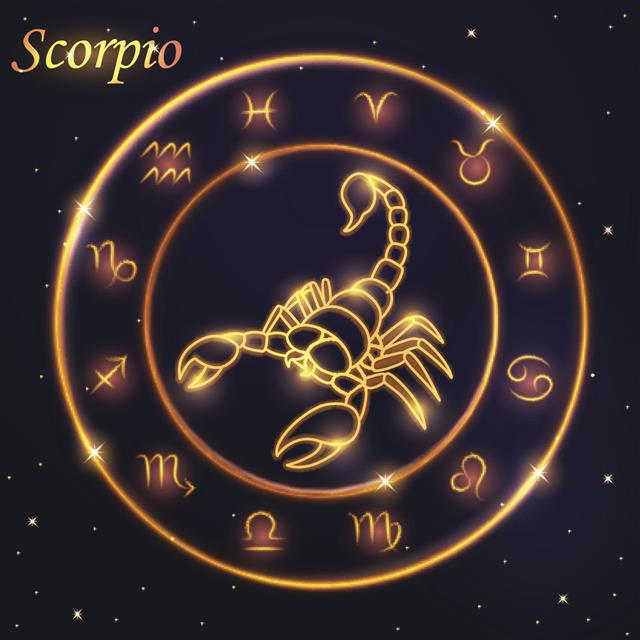 What happens when a Pisces man dates a Scorpio woman?
Statistically and astrologically, they get married!

Scorpio and Pisces are the eighth and the twelfth astrological signs of the zodiac, respectively. Both are water signs and therefore are highly compatible in almost all facets of life.

A Scorpio woman’s desire for intensity in love is often admired by the Pisces man, while his accommodating attitude is what she cherishes.

A Pisces man and a Scorpio woman form the most amazing and wonderful union which is compatible in all possible ways. Their union is desirable and unique in the sense that both teach and learn vital lessons from each other. So, if you are a Pisces man dating a Scorpio woman or vice-versa, I am sure you would be curious to know the Pisces Scorpio love compatibility.

People born between the February 23rd and March 22nd belong to the zodiac sign Pisces, which is ruled by planet Neptune and Jupiter. It is symbolized by two fish swimming in opposite directions. Pisceans belong to the last sign of the zodiac cycle who often tend to live in semi-real world of their own. A Pisces man will often be found perplexed between the spiritual realm and the real world of materialism.

He often sees the world with rose-tinted glasses and when confronted by harsh reality, he tends to seclude himself from the world and retrieve to his dreams. He behaves the same way as a fish that swims mirthfully when the water is silent, but when it is attacked, it instantly hides and goes into hibernation.

A Pisces man in love can be an enduring sight because he dreams of ‘rainbows and angels’. He is usually driven by his deep emotions which knows no boundaries both qualitatively and quantitatively. He is fluid, calm and cheerful, and likes a partner who is creative. He loves to unravel mysteries which a Scorpio woman has abundance of. Hence, considering the Pisces personality profile and description, a Pisces man is a person who likes to live a stress-free life and usually follows his intuitions.

People born between October 23rd and November 22nd belong to the zodiac sign Scorpio, which is ruled by planet Pluto and symbolized by a Scorpion. They are considered to be mysterious and intense people as compared to other zodiac signs. A Scorpio woman is strong-headed as well as secretive, who cannot be taken for granted or lightly. Being a perfectionist, as well as extremist, a Scorpio woman can either be your true, trustworthy friend or your fiercest enemy. She is intelligent and wise, and is often referred to as the ‘frozen fire’. She is someone who has a tremendous amount of inner power just waiting to be released.

A Scorpio woman in love is always loyal and honest, but can also portray strong traits of over possessiveness and jealousy in her relationships. She will make her partner’s life as effortless as possible, provided he master’s the art of walking the fine line between being dominant and submissive, allowing her to win every now and then.

The relationship begins slowly without any haste, because both are aware that they don’t need to rush, as they have got what they were looking out for.

These two signs properly understand each other because they share a common element ‘water’. They can feel deeply hurt when interacting with the other signs who are more frisky and casual in dealing with emotions. They are eternal friends but also make it a point to give each other space and not encroach too much on his/her right to relax and be alone. When a Pisces man and a Scorpio woman are together, they don’t need to turn to the world for happiness because they are happy when they are with each other.

The caring, sensitive and vulnerable Pisces falls for the protective and secure qualities of the possessive and passionate Scorpio. She helps him embrace a sense of self, while he makes her realize that she truly cannot control or rule everything. Their relationship is usually close to perfection. It is everything: intimate, magical, dreamy, unique and enchanting.

His intuitive way of looking at the world tends to inspire and excite this independent and strong Scorpio woman. He can very well handle her violent temper, pride and attitude with grace and smile. While she can woo him with her mysterious and sensual personality, and at the same time provide him with intense support and security.

His lack of organizing skills and enthusiasm is what makes the Scorpio woman take charge. She will fully engross herself with his problems, and will try to solve them with superior zeal and gusto. But he will not feel offended his woman’s dominance and will fully allow her to win, and will happily get defeated. His attentiveness and the skill to be with her at the moment, will be enough to calm her if she’s upset. A Scorpio woman with her glorious womanhood, is the most difficult type of person to understand, but a Pisces can decipher her with his tenderness.

For them, the love and romance is never-ending. The Pisces man will woo his lady-love with some really cute and romantic surprises like carriage rides through downtown, candlelight dinners, long walks along the lake, and many more. To all this, a Scorpio woman willingly surrenders and in turn will impress him with her irresistible charm and sensuality.

Hence, they both can walk the extra mile to keep each other happy and content. When it comes to physical bonding, it’s like union of two souls merging above two bodies and becoming one. They will surprise each other with their exotic and intense sexual fantasies. While making love, they can put each other into a hypnotic trance.

The only aspect that can hinder this kind of relationship from sustaining is the shyness of a Piscean. If the Scorpio woman is looking for a robust person who can act as the controller of the relationship, then the Piscean tenderness may not seem attractive to her. It goes without saying that, Scorpio would be the dominating person in the relationship, and would try to change the behavior of the Pisces. This would in turn hurt the vulnerable Piscean deeply. 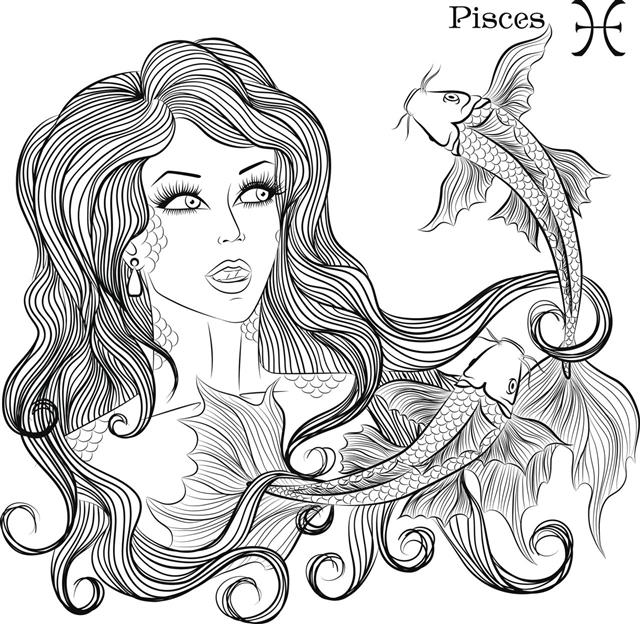