Those born under the Aries sun sign are confident, dynamic, inspiring, optimistic, spontaneous, and much more. Following are some famous Aries personalities you must read and know about.

Those born under the Aries sun sign are confident, dynamic, inspiring, optimistic, spontaneous, and much more. Following are some famous Aries personalities you must read and know about.

Kristen Stewart and Emma Watson were both born under the Aries sun sign in the same year, only 6 days apart.

Those born between March 21st and April 20th fall under the Aries sun sign. People under this zodiac sign have strong and powerful characteristics. They are independent, optimistic, enthusiastic, courageous, and have a strong willpower. They are forever ready to show courage and determination and make excellent leaders. When faced with obstacles, Aries people choose to go head on rather than evading them. Hence, a Ram is the symbolism for this sun sign. They make great leaders, politicians, and entertainers.

Aries is a sign of the self, and people under this sign have a strong personality, which can be self-oriented. They are very impressionable, vibrant, exciting, and talkative. They tend to say whatever pops into their head, which often lands them with their foot in their mouth. Following are some famous Aries personalities who have made a mark in their professional lives.

Aries women are eager, fearless, enthusiastic, charismatic, dynamic and natural leaders. They are the alpha females, front and center and on top of their game, then be it projects or dinner dates. Following are some such Aries women.

Date of Birth: March 22, 1976
Profession: Actress, producer
Famous Quote: “I’m wary of what goal I set, because then I’ll have to accomplish it.”

Date of Birth: April 14, 1977
Profession: Actress
Famous Quote: “I think the best piece of advice I’ve ever gotten is to trust myself and go for my dreams. I got that from my mom.”

Date of Birth: March 28, 1981
Profession: Actress
Famous Quote: “I think that ultimately I just have to be myself. You know, I don’t do anything that outlandish anyway.”

Date of Birth: March 26, 1985
Profession: Actress, singer
Famous Quote: “I know for a fact the work is going to dry up, and people will get bored of me. That’s not bitterness, just the truth.”

Date of Birth: April 9, 1990
Profession: Actress
Famous Quote: “All I try to do in the press is be honest about something that I really care about.”

Date of Birth: April 15, 1990
Profession:Actress, model, activist
Famous Quote: “I hope my head doesn’t get very big. I’m just going to keep my feet on the ground, stick to friends and family and try and lead a normal life.”

Aries men are fearless and headbutt their way around. They are charismatic, aggressive, magnetic, energetic, stubborn, impulsive, honest, and a force of nature. Following are such famous charismatic men.

Date of Birth: March 22, 1931
Profession: Actor, voice actor, director, novelist, producer, spokesperson, singer, director
Famous Quote: “We were basically one and the same, although Kirk was just about perfect, and, of course, I am perfect.”

Date of Birth: April 3, 1961
Profession: screenwriter, stand-up comedian, producer, voice actor, director, actor
Famous Quote: “I’d like to produce, direct, write, score, and star in a film in exactly the way Charlie Chaplin did. I’ll do that before I’m thirty.”

Date of Birth: April 4, 1965
Profession: Actor, producer, singer, comedian
Famous Quote: “The higher the stakes, the happier I am, the better I will be.”

Date of Birth: March 28, 1970
Profession: Actor, producer, screenwriter, activist
Famous Quote: “My father came from nothing, so he believed that people could do anything if they worked hard enough. I think he liked that I chose to be an actor. Both he and my mom were totally supportive.”

Date of Birth: March 24, 1973
Profession: Actor
Famous Quote: “I try to master every facet of a character in order to build a safety net for myself, so I can go on to take more risks to create someone really distinct.”

Date of Birth: April 19, 1978
Profession: Actor, filmmaker, teacher
Famous Quote: “I don’t even like to sleep. I feel as if there’s too much to do.”

Date of Birth: March 26, 1948
Profession: Singer-songwriter, musician, actor, talent judge
Famous Quote: “The things that come to those that wait may be the things left by those that got there first.”

Date of Birth: March 30, 1968
Profession: Singer, composer, entrepreneur
Famous Quote: “There’s one way to do showbiz, if you want to do it perfectly, you have to be disciplined and you have to be ready to work really hard.”

Date of Birth: March 27, 1970
Profession: Singer, songwriter, actress, record producer, philanthropist
Famous Quote: “One person could say, “‘Hero’ is a schmaltzy piece of garbage’, but another person can write me a letter and say, “I’ve considered committing suicide every day of my life for the last ten years until I heard that song and I realized after all I can be my own hero”. And that, that’s an unexplainable feeling, like I’ve done something with my life, ya know?”

Date of Birth: April 17, 1974
Profession: Singer, businesswoman
Famous Quote: “I cope because I have to, because it’s just the way my life is. I’m hardened to it. I know how I’m perceived is not how I am, and that’s what matters. When they say I’m too thin, I just think: you know what? I’m happy to be thin. I’m into fashion and I like to be able to wear whatever I like. It’s my business, and if other people don’t like it, that’s their business.”

Date of Birth: March 27,1975
Profession: Singer-songwriter, rapper, actress, television host
Famous Quote: “I started doing ecstasy. Then I got addicted to crystal methamphetamine. My weight dropped to 90 pounds. I lied to my friends and said I was bulimic. Finally, I started going crazy. In that moment, I talked to God and He said, “I’ve given you all these gifts, so what are you doing?” I decided to get clean. I told everybody what was wrong.”

Date of Birth: March 28, 1986
Profession: Singer-songwriter, record producer, actress, philanthropist, dancer, fashion designer
Famous Quote: “I dropped out of NYU, moved out of my parents’ house, got my own place, and survived on my own. I made music and worked my way from the bottom up. I didn’t know somebody, who knew somebody, who knew somebody. If I have any advice to anybody, it’s to just do it yourself, and don’t waste time trying to get a favor.”

Date of Birth: March 24, 1951
Profession: Fashion designer, producer, actor
Famous Quote: “It’s liberating in that I don’t have to be in meetings every single day. But I miss it because I’m sort of a control freak and I would like to be able to make the decisions on every color of every button and on every person we hire.”

Date of Birth: April 9, 1963
Profession: Fashion designer
Famous Quote: “One thing that is exciting about fashion is the surprise element. People don’t know what they want. They just know when they see it.”

Leonard Nimoy and Heath Ledger were two outstanding Aries men who left a mark in the minds and hearts of many before their untimely demise. 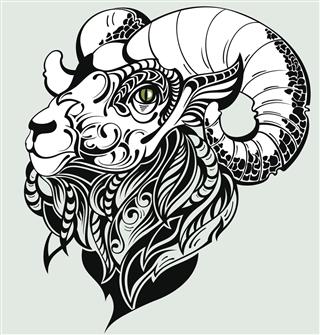 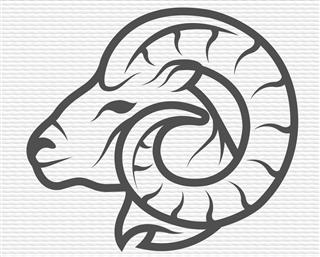 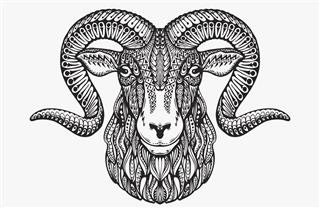