Tarot Spread for Beginners to Nurture the Tarot Reader in You

If you are fascinated by the art of tarot reading and plan to learn it, here are some tarot spreads which will help you get the basics right. These spreads are meant for beginners and thus, are very simple. 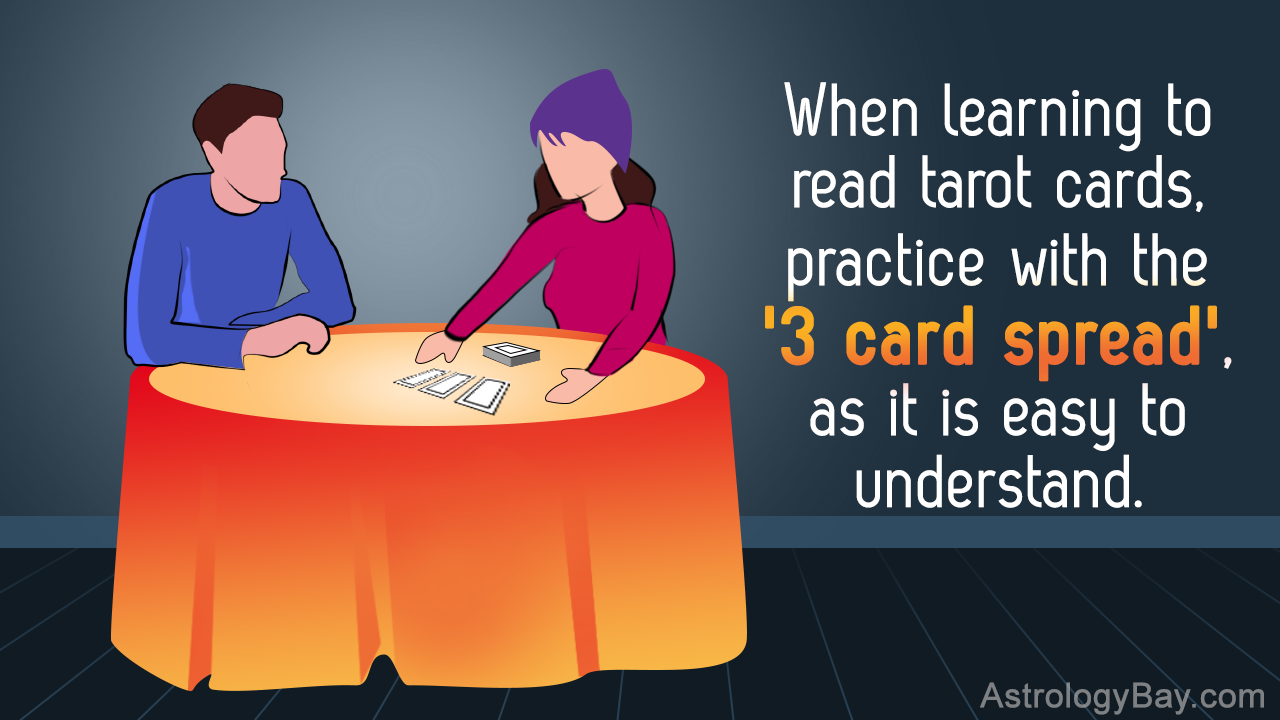 If you are fascinated by the art of tarot reading and plan to learn it, here are some tarot spreads which will help you get the basics right. These spreads are meant for beginners and thus, are very simple.

Jean-Baptiste Alliette, the French occultist who was the first person to introduce tarot card reading to the general public, went by the pseudonym Etteilla.

Some people believe that tarot card reading is the best means of knowing what the future has in store for you. Others believe that it is just a guide to help you make the right choices to make your future better. Either way, the practice has gained tremendous popularity, which shouldn’t really come as a surprise, considering that everybody is eager to know what the future has in store for them.

The pattern in which the cards are laid after the deck is cut and shuffled is known as the ‘tarot spread’. Like the various types of tarot cards, there are various types of ‘spreads’, ranging from single card spreads to spreads including all 78 cards. The choice of tarot spread primarily depends on the reader and the questions that need to be answered. Some spreads are specially targeted to answer the questions on a specific subject.

With determination and presence of mind, you will learn to read tarot cards with ease. Before you begin with the tarot spreads, you will have to memorize the meanings of various tarot cards. Once you are perfect with the theoretical knowledge, you can start practicing with the simple spreads first.

Note: Tarot readings don’t give answers in a ‘Yes’ or ‘No’ format, so you will have to concentrate on the reading to get deeper into the subject. Once you are well-versed with the meanings of all the tarot cards, interpreting them will be quite easy.

In the four card tarot spread, you will have to shuffle the cards whilst focusing on the question for which you seek the answer. Continue shuffling until you are confident that you are focused. Starting from the top of the deck, choose four cards and spread them on the table, face down, from left to right. Flip the cards to reveal their face and interpret their meaning. The first card from the left represents the past, the second, the present, the third, the future, and the fourth, the answer to your query.

In a four card tarot spread for relationship, for instance, the first card from the left will represent how the past affects the relationship, the second, how the present affects it, the third, how the situation will be in the future, and the last card will indicate the measure to bring about a positive change. You can modify these spreads, thus helping people from various walks of life, including sportsmen, to see their performance, and actors, to see the fate of their movies.

Yet another simple four card spread is the simple cross. In this spread, you arrange the cards as shown above: first card to the left, second card to the right, third at the top, and fourth below. The third card represents your question, while the fourth card represents the answer. As for the first two cards, they represent the obstacles and chances respectively.

For starters, you can practice these tarot spreads, which are quite simple, and then move on to the more sophisticated spreads. With time you will become an expert at tarot reading. In fact, you will be able to create spreads of your own and interpret them. That, however, will take some time. In the meanwhile, you can practice the aforementioned simple, yet effective, spreads. As they say, practice makes a man perfect.